Why is IPO activity still sluggish in the GCC? 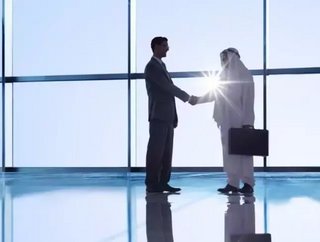 2016 proved to be one of the weakest IPO performance in terms of number of offerings (the smallest since 2010) and total proceeds raised of  $ 781.7 million (the lowest since 2013), according to PwC’s Capital Markets and Accounting Advisory Services team.

One IPO during Q4 2016 by Eskan Bank Realty Income Trust “ERIT” on the Bahrain Bourse, raising $36.6 million. The IPO was 95.5 percent subscribed and marked the first offering on the exchange in two years.

In terms of performance on previous quarters during the year, Q3 2016 witnessed no IPOs, Q2 had the highest activity during the year in terms of number of offerings with a total of 2 IPOs raising $274 million and Q1 recorded one listing with total proceeds of $471 million.

Total proceeds in 2016 stood at $782 million from six deals compared to $1.4 billion raised from similar number of deals in 2015. The year was marked with one of the lowest offerings since 2013 total offerings of $702 million.

In the GCC, the Kingdom of Saudi Arabia “KSA” commanded the market offerings in 2016 in terms of number of IPOs (three) and total proceeds raised ($745 million) representing 75 percent and 95 percent respectively of the overall GCC IPO activity.

Steve Drake, Head of PwC’s Capital Markets and Accounting Advisory Services team in the Middle East said: “The year was marked by geopolitical uncertainty, ongoing economic downturn adding to increasingly volatile oil prices. Further fiscal tightening, austerity measures and declining liquidity in the financial sector continue to weigh heavily on investors’ confidence.  Against this volatile environment, many offerings were put on hold, as businesses and investors wait for improved market conditions prior to investing in fresh equity.

“As the regional geopolitical scene stabilises and oil prices recover, market participants may regain confidence sooner than expected. There are number of positive signs for 2017 and we hope that the capital market in the GCC will overcome 2016 shockwaves.”