Would a Brexit from the digital single market damage UK ecommerce?

By Philip Rooke, CEO of Spreadshirt
May 19, 2020
undefined mins 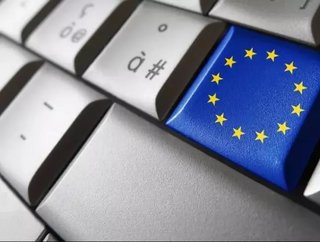 I started work almost at the beginning of the internet era in 1995 in the UK. At Tesco.com and Skinstore I saw the British take like ducks to water to ecommerce and internet shopping.

Now, living and working in Berlin has given me a new perspective on the online retailing industry and I’m amazed to think the British will reject a market that is so vital to its tech industry.

The EU market is a huge. Mainland Europe has 342 million internet users, which makes it comparable to the USA and China. It is now Britain's largest trading partner, with over 51 percent of British exports of goods currently destined for its European partners.

And yet, it seems that the UK could vote to leave just as the EU starts to implement its Digital Single Market strategy. This aims to open up digital opportunities for people and businesses and enhance Europe and the UK's position as a world leader in the digital economy. The EU Commission predicts this could ‘contribute €415 billion per year to Europe's economy‘.

The British press tends to cover EU initiatives that introduce new red tape, spend money or are a complete waste of time. But here is one that has exactly the right objectives. It aims to make cross border e-commerce easier, shipping more efficient, simplify VAT and provide a more up-to-date framework that is fairer across Europe. This is a good example of trying to get it right.

It also will set out basic rules for ecommerce that acceptable everywhere. So, if the UK votes leave on the June 23, then as the country exits the EU, EU etailers will begin to operate in a larger, frictionless market, making their products easier for the European consumer to buy. This will be a huge boost to the EU ecommerce market, but the UK will be left out.

Yes, a post-referendum government might be able to renegotiate a trade agreement, but politics and diplomacy do not move at the same pace as ecommerce. It could take years to get an agreement. Meanwhile, UK tech companies are missing out on the opportunity to sell and scale.

The benefits that the digital single market bring to EU tech firms could also cause a problem with investment in UK ecommerce start-ups. The tech world is global, but that doesn’t mean it’s easy to organise payments and shipping globally.

Investors want their companies to expand into new markets, but they want it to be easy to do business; easy to create, sell and deliver things. If the UK is outside of the EU, it’s tech companies are likely to be less attractive to investors than their EU counterparts. The UK may also find that investors insist their US companies put their European roots down in one of the tech hubs across the continent; from Lisbon to Berlin, rather than expensive London.

Tech companies in the UK do seem to be largely in favour of the EU, although some have been very quiet on the subject. I’d love to see the UK embrace the large market on its doorstep. It doesn’t seem to be a big story in the UK, but mostly, Germany would like the UK to remain. There are some great advantages to being inside this trading group, which we see when we do business outside of it.

At Spreadshirt, 50 percent of our global business comes from outside of the EU. Last year we received nearly two million orders and 3.6 items were shipped to 180 countries. So we really notice the difference being in the EU makes. We see the advantage of the free movement of goods when our t-shirts are held up in Norwegian customs. We see the benefits of a single currency when we have to negotiate British or American exchange rates. And don’t get me started on the difficulties posed by Swiss and American taxes!

Of course there can be problems within the EU, but these are things which the digital single market is looking to put right. As it comes into practice, EU businesses and consumers will find their paths cleared. It will be easier to create, sell, buy and deliver if you’re in the EU and have direct access to an internet-savvy, geographically close and culturally similar market. This market is right on the doorstep of UK retailers and it’s about to improve. Twenty-one years since I first started working in ecommerce, I’d love to see British people voting to embrace the EU, take advantage of it and make it better.

By Philip Rooke, CEO of Spreadshirt