Alstom wins four contracts to supply Trenitalia, total worth adds up to €330mn 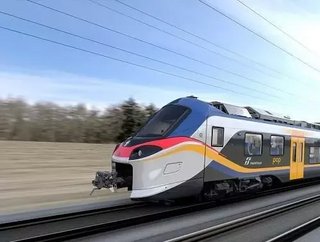 Alstom will supply Trenitalia with 54 regional trains after winning four contracts worth a total of €330mn.

Italy's national rail operator will acquire Alstom's Coradia Stream 'Pop' trains for use in the regions of Abruzzo, Liguria, Marche and Veneto, extending a developing partnership between the two entities.

The deal is part of the framework agreement signed by Alstom and Trenitalia back in 2016, when the supply of 150 medium-capacity regional trains was first proposed, including a first firm order of 47 units.

"We are very pleased that Trenitalia has renewed its confidence in Alstom’s Coradia range of regional trains," said Michele Viale, Managing Director of Alstom in Italy. "The 'Pop' is proving to be widely appreciated by local authorities and by passengers, who got a glimpse of it in full-scale mock-up form during a recent roadshow."

The Coradia Stream 'Pop' trains, which feature a modular design and incorporate various technological features, are manufactured by Alstom in Italy.

Project development, most of the manufacturing and certification are performed at Alstom’s site in Savigliano, Cuneo. Design and manufacturing of the traction systems and auxiliary switches takes place at the Sesto San Giovanni plant (Milan), and the on-board signalling systems are delivered by the Bologna site.

Last autumn, the merger of Alstom and Siemens Mobility's rail businesses was confirmed in a joint statement released by the companies, as reported by Business Chief.