FEATURE: The Dos and Don'ts of Marketing on Twitter 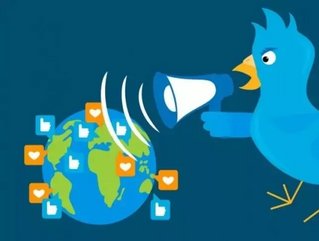 Businesses are paying more and more attention to the huge audiences that can be reached via social media for little or no cost, hoping to create the next viral trend or hashtag which could bring in millions from a single initial tweet.

Responding to adversity or controversy in innovative, quirky and humorous ways is one such method successfully adopted by the likes of Gregg’s and Oreo in recent times, while Epicurious did exactly the opposite in its reaction to the bombing at the Boston Marathon last year.

Twitter itself has acknowledged the need to show personality when marketing through its medium, though what one company or individual sees as showing a vibrant character can easily be interpreted by almost everybody else as immature or even offensive, as some firms have indeed found out. The line then between boon and bust on Twitter, is a fine one.

Think before you act

Jess Maccio is Head of PR at Digital Marketing specialist Stickyeyes, and warns of the dangers of misinterpretation, and how this has led to high-profile Twitter disasters for big brands.

“The best way to avoid the wrong reaction is to put yourself in other people’s shoes. If the idea would offend your mum, granny or next door neighbour, or is on the border line, there will be someone, somewhere, prepared to speak out against you. And that someone may have a large social media following,” she said. “You need to find the right balance of audience engagement and protecting your brand.”

Maccio cites online fashion retail giant ASOS as guilty of a kneejerk tweet in response to a customer asking why they didn’t use more ‘manly’ models in their marketing.

In an attempt to humour its following, ASOS posted a photo of Jodie Marsh in her body building phase, consequently enraging the model and her army several hundred thousand followers.

“Whilst one rogue social media manager may have been having an off day, this one tweet cost the company £10,000 – they donated to an anti-bullying charity on Jodie’s insistence,” Maccio added.

“Jodie’s followers tweeted her with their support and disgust, with many saying they will no longer shop at ASOS. However, I can’t help thinking the large donation and sincere apology may go some way to changing their minds. A silly mistake but one that was rectified in the best way possible.”

Rather than create one’s own Twittersphere crisis, responding to another’s misfortune or controversy has proven hugely successful, if done correctly.

UK bakery chain Gregg’s actually responded brilliantly to its own online misfortune after a hacker changed the slogan which appeared on Google’s search results.

Rather than lambast Google or take the error to heart, Gregg’s tweeted Google a picture of a box of donuts saying “Hey @GoogleUK, fix it and they're yours!!! #FixGreggs.” Google did indeed fix the problem, after asking for a sausage roll to be thrown into the bargain.

Another food company, this time America’s Oreo, has also successfully taken advantage of adversity in recent times, this time in the world of sport.

“Oreo is the poster child for capitalising and responding, in real-time, to crises, with their “You can still dunk in the dark” tweet when the Superbowl power cut struck,” Maccio said.

In another sporting episode, the controversy created by Uruguayan footballer Luis Suarez in the latest ‘bitegate’ incident sparked a hive of business on Twitter with many brands using this to show off their sense of humour.

However, the fine line between humouring and causing offence was crossed last year following the devastating events at the Boston Marathon in the USA.

Maccio added: “With its tweets, “In honor of Boston and New England, may we suggest: whole-grain cranberry scones!” and “Boston, our heart are with you. Here’s a bowl of breakfast energy we could all use to start today”, Epicurious managed to enrage a nation with what was an emotionally insensitive attitude toward the loss of human life; treating it as an opportunity to shift product.

“The cut and paste apology didn’t help matters, “We truly regret that our earlier food tweets seemed insensitive. Our hearts and prayers are with the people of Boston”, coming across as insincere and robotic.”

In light of these high-profile examples of boon and bust in the Twittersphere, Maccio’s single-most important piece of advice is to consider your actions before carrying them out.

She concluded: “If you think your message has scope to be misinterpreted, then check with your team, sense check it with someone, anyone. This rule applies to real-time and pre-prepared marketing activity, whether it be social media, print campaigns or press releases; any message that you’re releasing for public consumption.

“In the age of online, people communicate more than ever and mistakes can become crises in a matter of minutes. However it is important to remember that, depending on your industry, there’s nothing wrong with having an informal tone to your marketing activity, consumers want a more personal experience and ultimately people buy from people, not from ‘faceless corporations’.”