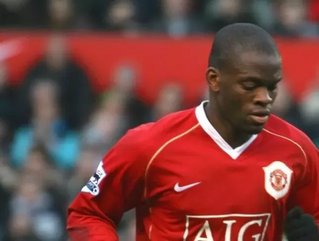 Saha, now 36, has said that the new site is for athletes, coaches and agents to help better manage and negotiate their careers and those of their clients.

It has attracted some well-known footballers including Didier Drogba, Florent Malouda and Robert Pires, as well as NBA players Nicolas Batum and Boris Diaw. It has also received interest from boxing and motorsport circles.

Axis Stars is not the first foray into the social media sphere made by former sportspeople. Sportlobster was invested in by Michael Owen last year, although this was designed with fans in mind.

Saha founded Axis Stars as part of his consulting business Axis 10, and believes this latest venture trumps any achievement made on the football field. According to City AM, he said: “I would have loved to be able to master my job better when I was playing but now I’ve retired, I still have a huge role to play sharing my experience with young players.

“I wish I had a platform like this as a player; it would have helped me manage my career and plan for the future a lot better. This is why Axis Stars is designed to not only help active professional players and athletes but also those in their post-career.

“The aim is to help drastically reduce the terrifying statistics which show that around 50 percent of sports professionals go bankrupt after retirement. I am more proud of this incredible project than all of my achievements on the pitch.”