How to build an online reputation 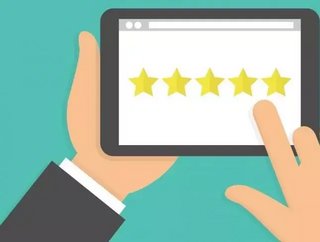 As consumers, we make decisions about who we buy from based on a number of factors including price point and name recognition. However, increasingly, consumers are taking a company’s reputation into consideration. Partly, this is self-serving, for instance if a particular organisation is known to have poor customer service or is caught using low quality goods, consumers may steer clear.

Consumers also make value judgements about the impact a company has on society, just look at the damage caused to Sports Direct’s bottom line because of the alleged treatment of employees. Every so often, a reputational issue hits both spaces. In particular, the Volkswagen emissions scandal affected the social value of the company due to the environmental impact, but also hit consumers’ pockets, as they were probably paying more for diesel than they expected.

But reputation is a tricky thing to manage, and brands only have a certain amount of control. People now have more power over brands than they’ve ever had before, in part due to the rapidly growing influence of third party endorsements. Recommendations from friends and family have always had a great deal of sway over consumer decisions, but the internet and the growth of online reviews in particular have given new credence to the role of research in the consumer journey.

Before a consumer make a purchasing decision, they require a sophisticated level of social proof. Consumers will seek out user-generated content and reviews, looking to find validation for their choices and to better understand the risks associated if something goes wrong.

It’s not just about reaffirming choices though, reputation can also help fledgling businesses build momentum. The best thing any business can hope for is to be talked about for the right reasons, particularly in its early stages when it’s seeking to generate as much positive buzz and get itself seen by as many people as possible.

Not only will a glut of positive reviews help a company differentiate their offer against a better-known competing business, they’ll also experience other, more direct benefits. Our research shows that 83 percent of the online reviews people post are positive, and recent research from Practical Ecommerce has found that as well as the associated reputational benefits, a single positive review can increase conversions by 10 per cent.

To start building this momentum and driving this revenue, the first thing businesses must do is start collecting reviews. Prompting customers is a good way to do this, particularly by sending an email inviting them to leave a review after making a purchase, or when delivery has been made. Not all of these emails will work as well as others though, and best practice dictates that businesses should establish a template and A/B test it to capitalise on what’s working. If the email doesn’t do the job the first time, reminders can be helpful – our customers who use invitation reminders have seen a 35 per cent hit rate of recipients subsequently leaving reviews.

Of course, one of the things that can hold people back from reviews is also a reputation consideration – negative reviews. For as many good reviews as a business will hope for, they’re also bound to get some bad ones too. As a business, it can be tough to read about negative customer experiences, but they can actually be incredibly useful. For one thing, a bad experience is a learning for the company, providing valuable insight on what it needs to improve going forward. Also, a bad review can help provide an element of reliability, by showing customers how bad things get when they do go wrong, and how the company has dealt with it.

The other way in which bad reviews are useful is perhaps less obvious, but people do like to see that the businesses they deal with make the odd mistake. It has the effect of humanising the brand, and as long as the company handles a bad review in the right way, consumers will forgive them for the occasional transgression. Our recent research found that all most people (55 per cent) are looking for from a brand when something goes wrong is an apology, and 46 per cent will forgive a business if it simply shows that it cares enough to try and resolve the issue.

By embracing the power of reputation, online businesses can not only provide reassuring endorsement for customers at the key moment of purchase, but can help drive traffic and conversion in the process. All a business really needs is confidence in its service and products. If it has that, it has nothing to fear from feedback. Even if it does gets a couple of bad reviews, as long as the company deals with them well, the trust customers have in it will only increase.