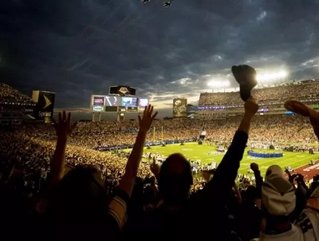 The majority of brands who invested in advertising during yesterday¹s Super Bowl failed to integrate TV advertising campaign buys with their online and mobile presence during the big game, according to a study conducted by wywy, a cross-screen advertising and real time TV-ad tracking company.

For 56 different US TV commercials studied during Sunday’s broadcast, less than half (45 percent) showed a clearly visible reference to the advertised product on the homepage of its website, with only 38 percent of advertisers prominently displaying the product on the mobile version of the homepage ­ meaning many brands missed vital outreach opportunities.

“Many brands invested a significant portion of their annual marketing budgets on TV advertising during Sunday’s game to reach the more than 100 million viewers with their message, yet they are still falling short on the basic marketing channels such as search and their own website," said Andreas Schroeter, wywy’s co-founder.

“TV inspired viewers searching for the advertised product or visiting the website in one out of two cases didn’t find what they were looking for and recent research found that 78 percent of all screen time for consumers currently involves simultaneous use of a second screen device during the commercial break.

“With so many Super Bowl advertisers failing to connect screens for seamless storytelling, the advertisers really dropped the ball on the opportunity to reinforce their message and drive better consumer engagement.”

READ MORE: Five Reasons 2015 is THE YEAR for Exporting to the USA

As almost one in three viewers look up product information online after watching a TV ad, there becomes a spike in search and website traffic of which advertisers must take advantage.

Many consumer web searches for a brand or product lead to nowhere. The study found:

The study also found that among the Super Bowl TV advertisers:

In regards to accessing through a mobile device, among the Super Bowl TV advertisers:

“The Super Bowl is a one-of-a-kind TV advertising opportunity for brands and the receptivity is highly positive, but sales are being sent to the sidelines when the campaign isn¹t carried through across screens,” continued Schroeter. “Consumers now expect brands to tell the same message regardless of the screen and way they interact.”

See the infographic below for more: