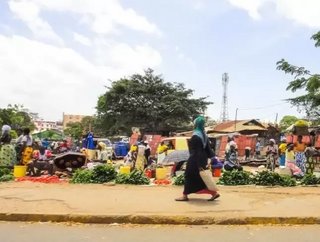 A new Nielsen Study on Kenyan Retailers and Technology has revealed that while the uptake in mobile usage in Kenya has been significant, there is still significant scope for growth in the market, particularly in the retail environment.

The study utilised face-to-face interviews to gauge the technology adoption rates of 300 retailers across a wide spectrum of channels and functions. Based on these, the research reveals that the Kenyan retail arena remains dominated by direct dealings in terms of transactions and communication, with 96 percent of customers preferring to use cash in-store, and 88 percent of retailers relying on face-to-face interaction to inform customers about new products.

The mobile channel seems hugely underutilised, with mobile money being used by only 12 percent of customers, and only 3 percent of retailers using SMS to inform customers about new products, and 1 percent using WhatsApp. In light of this, Nielsen East Africa MD Jacqueline Nyanjom commented: “In a country with 96 percent mobile penetration, the findings are somewhat surprising - but they do point to enormous potential for growth.”

Perhaps the most surprising avenue of growth is in the mobile money market, which is already one of the largest of its kind worldwide, with 43 percent of the population actively using a mobile money application. Incredibly, however, only 12 percent of retail transactions are currently conducted via mobile money; an unexpected finding given the benefits of safety and ease of use that mobile money has brought to the African continent. This points to enormous potential for growth in a sector that has already outperformed all expectations.

The mobile money market in Kenya is dominated by Safaricom’s M-Pesa, which was launched in 2007 and already boasts over 25-million subscribers and nearly 130,000 retail agents. In 2013, it was estimated that a staggering 43 percent of the country’s Gross National Product flows through this channel.

But according to the Nielsen study, 95 percent of Kenyan consumers still pay with cash in a retail environment, while only 12 percent make use of mobile money, and just 2 percent use credit or debit cards. “In the Kenyan retail environment, ‘Cash remains King’,” said Nyanjom explaining that M-Pesa is used primarily to transfer money from consumer to consumer, as opposed to consumer to retailer.

The primary reasons cash remains the preferred means of payment include the fact that it is easy to use (83 percent) and carries no transaction fees (66 percent). But there is an acknowledgement that cash is not safe, with only 28 percent sticking with cash from a safety perspective, against 63 percent of retailers who believe that mobile money is a safer alternative.

The study went on to explore the reasons for the lack of mobile money penetration in the retail environment: From a retailer perspective, 32 percent claim that customers don’t like using mobile money, while 25 percent have not been approached to register as a vendor.

“These perspectives are very revealing, as they expose areas where mobile money operators might be missing a trick. The potential to expand the use of mobile money services into the retail environment is therefore huge,” said Nyanjom.

“Point of sale material is used by around 23 percent of retailers, but as most retail environments are small in terms of square meterage, this isn’t always successful. Brand owners are largely dependent on suppliers and retailers to market their products, and as a result have very little say over the messaging,” said Nyanjom.

She adds that this adds up to a wasted opportunity in a country where advertising and promotional influence remains significantly high: 38 percent of consumers claim that they will purchase more than normal based on advertising, and 36 percent say promotions positively influence their buying patterns.

Current awareness of mobile devices as an advertising platform stands at around 44 percent, but only 2 percent of respondents can recall seeing advertising on their phones.

Small wonder then, that the primary reason for innovation failure in Kenya is insufficient consumer demand. “Mobile phones are ubiquitous in Kenya. They are highly interactive, always on, and always in hand. With greater brand owner collaboration, the mobile platform could dramatically increase awareness and consideration of products in the retail environment, building demand and generating increased sales,” said Nyanjom.

Couple this with an increased usage of mobile communication between retailers and suppliers, and possibly the usage of mobile applications to improve supply chain and stock management, the potential for growth multiplies exponentially.