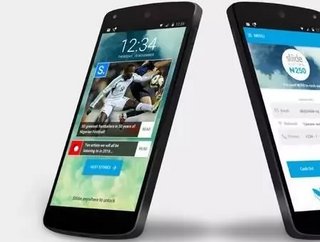 How do you solve the problem of Africa’s expensive mobile costs, while boosting content sharing across the continent? This is one of many questions we have for Corbyn Munnik, CEO and founder of Sliide Airtime. Sliide Airtime is a content delivery platform that gives users free airtime in return for engaging with news and sponsored content.

Want to know more? Read our Q&A with Munnik:

Can you tell me a bit about yourself and how you came to create Sliide?

I was born in South Africa but moved to Botswana when I was five. As a teenager, I was always sending “please call me” texts or reverse-charging calls because it was just so expensive to make a call.

Disappointingly all these years later, telephone costs are still high for many, many Africans.  But now it’s not just about voice; data is even more expensive. With the internet and online services like WhatsApp, Facebook, Instagram and Twitter all growing in popularity in Africa, this is an ongoing problem which hasn’t been resolved by operators, regulators or governments.

I was determined to find a way to make the internet more affordable for myself, my friends and family – and fellow citizens.

My first job was in mobile advertising, so I spent many hours trying to figure out a way whereby users would benefit financially from viewing messages from brands and advertisers.

Sliide Airtime is the result; a new and innovative way to access content from mobiles and simultaneously earn free airtime

In a nutshell, Sliide gives people free airtime in return for engaging with news and branded content delivered to the lock screen of their mobile devices.

It enables them to spend more time on their favourite sites and apps, share gist with friends, receive personalised breaking news about celebrities, sports teams, music, fashion and business – and all without having to pay more.

Our users receive free airtime every month simply by having the app on their phone. Additional airtime can be earned by completing in-app offers and surveys - and inviting their friends to join Sliide.

Why did you choose Nigeria as your launch market?

We launched in Nigeria in March 2016 after a lot of careful research into where people were most in need. The deciding factor was a report by the GSMA (the global telecom industry body) which basically said that it was much more expensive for people in Nigeria to use their phones than in many other developing countries.

We then spent many months building relationships with Nigerian and international publishers and negotiating with Nigeria’s four major mobile network operators to ensure that Sliide would be relevant and useful for its users.

We appointed an independent PR consultant who knew the market very well to help publicise Sliide both to potential users within Nigeria and to industry watchers across Africa and globally.  However, as we were (and still are) a start-up, we had no budget for advertising.

How does it feel to add two more awards to Sliide’s collection?

It was absolutely thrilling to win four awards last year.  We were named “Mobile Marketing Company of the Year” at the 12th Nigerian Telecom Awards in July, winner of the “Game-Changing Innovation” category at the West Africa Com Awards in Senegal in June and in November we were named as the “Most Effective Consumer Smartphone App” (in the world)at the Global Mobile Marketing Awards held in London.

And our year ended on another high when Sliide was named as “The Best App in Africa” at the AppsAfrica awards, beating off strong competition from better-known apps from across Africa.

Recognition by one’s peers is always amazing and we are hoping that these successes will show potential new investors that our model is both proven and innovative.

We use 65 percent of the revenue we earn from showing adverts on the lock screen, to buy mobile data from MNOs. We then give this mobile data back to our users, allowing them to access the internet for free.

As well as helping people in Africa access the internet for free, Sliide Airtime is also providing advertisers with a new and unique platform to reach consumers through their most prized and most frequently used device.

Amongst many others, we have built partnerships with Google, Facebook’s Audience Network, and Twinpine, the largest mobile advertising network in Africa, to help brands share their messages.

As well as branded content and mobile adverts, a popular feature of Sliide is our Survey Service which enables brands to communicate directly with Nigerians and ask multiple in-depth questions about their spending habits, likes and dislikes.

Conducting consumer research in Africa was previously very difficult with too many companies relying on gut feelings and experience in other markets. However, as our surveys are unobtrusive, and more importantly, reward the participant, the majority of Sliide’s users are happy to actively engage with brands on a regular basis.

Do you have international competition for the African audience?

Sliide is Africa’s first lock screen content and mobile advertising delivery platform. There are a few companies doing similar things but they are not targeting Africa.

Sliide was designed specifically for emerging markets, taking into consideration the large barriers to app usage, including poor internet connectivity, older, smaller and slower devices, and a user-base who are less accustomed to using apps in their everyday life.

Which other African apps do you think are award-worthy?

I think an app that is doing great is one called summary.ng which brings short form trending news to users targeting their specific interests.  This saves subscribers time and data – what’s not to love?!

Where do you see Sliide in five years’ time?

We will be launching our service in South Africa imminently. I have just come back from Silicon Valley in the US where I have been meeting potential investors to help us expand into other countries as well.

This past year has been an amazing whirlwind; we have achieved so much but have so much still to do.

The Sliide Airtime Android app can be downloaded from the Google Play store or directly from www.sliideairtime.com.