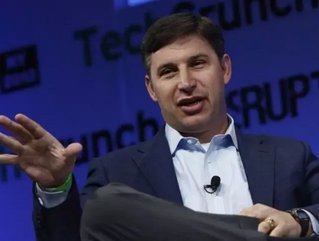 Twitter’s Chief Financial Officer Anthony Noto has inadvertently revealed his desire to purchase another company via a public tweet.

In what surely was supposed to be a private direct message, presumably to a colleague, Noto instead tweeted: "I think we should buy them. He is on your schedule for Dec 15 or 16 -- we will need to sell him. i have a plan."

The public statement was deleted shortly after, with no other details on the mentioned acquisition coming to light.

Noto has been at the company since July, with Twitter a frequent buyer of small innovative companies which create desirable features that could enhance its service.

READ MORE: The Dos and Don’ts of Marketing on Twitter

Rumours as to which company is in question are circulating. Tech news site Recode believes it is Shots, a Justin Bieber-backed selfie app, and/or Secret, an app used to share anonymous messages with wide audiences.

The CFO is not the only high profile person to suffer a DM fail. Former US congressman Anthony Weiner posted a picture of himself in underwear in what was meant to be a private message.