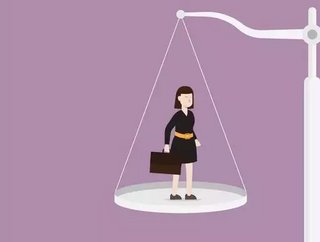 In a bid to advance gender parity, pharma giant Bayer sets out aspirations to establish a 50/50 gender balance across all management level roles...

In the lead-up to International Women’s Day on March 8, German pharma giant Bayer AG has laid out a number of gender equity goals in a bid to further strengthen its efforts to foster a more inclusive and diverse workforce culture.

The company, which employs some 104,000 people worldwide, has announced aspirations to reach a 50/50 gender balance on average across all combined management levels by 2025, and to achieve gender parity on each individual management level by 2030.

Currently, Bayer’s lower and middle management features on average 40% women, while its Group Leadership Circle (top 540 roles), which includes the Group Executive Circle (top 75 roles), has 23% women, with Bayer aspiring to reach at least 33% in the very top leadership roles by 2025.

These latest gender parity goals across management announced by Bayer ties in with its commitments to the UN Women’s Empowerment Principles and the G20 Empower Pledge.

However, when it comes to the talent of its management teams, it’s not just gender parity that’s important for Bayer. The company has further expressed its desire to strengthen the composition of top management to further reflect the national and cultural background of its business footprint.

According to its latest announcement, not only should all generations be represented, but also the interests of lesbian, gay, bisexual, transgender employees, which will continue to be advocated at Board of Management level.

Furthermore, Bayer reiterates that it will continue efforts to advance regionally defined diversity elements such as ethnicity and race at the country level and will further strive to increase the proportion of people with disabilities in the workforce to more than 5% by 2030 (it is currently 4.5% in Germany), the latter a commitment it has confirmed with the joining of global initiative The Valuable 500.

“Our sharpened talent management approach for identifying, attracting, developing, promoting and retaining talent will create an even more inclusive and diverse workforce that makes us a better company overall with an increased attractiveness as an employer of choice,” says Werner Baumann, Chairman of the Board of Management of Bayer AG.