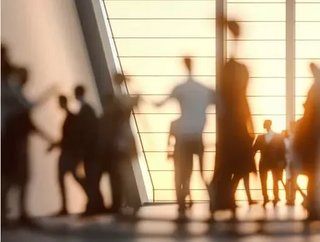 From banking and insurance to travel and tech, we round up the biggest executive transitions and promotions across EMEA over the last week...

In a week where AXA announces an array of senior leadership changes to implement the new phase of its strategic journey, and Deutsche Bank revamped its management in line with the next phase of its radical transformation, we round up the latest executive moves across the EMEA region.

Formerly a member of EY’s consulting business in Japan, Helen Bentley has been appointed as an EY Partner for UK and Ireland. Specialising in business transformation, service design and experience design, at EY Japan, Bentley focused on digital strategy, innovation and customer experience, and in 2019 was awarded the British Business Innovation Award. In this new role, based in London, Bentley will grow its private equity practice and build its government and energy sector experience, but will continue to work with Asian and multinational clients, having also joined the leadership team of EY Seren to help oversee the firm’s experience design capabilities.

BBC veteran Daniel Pike has been appointed as Chief Product Officer of Covatic, a London-based startup tech firm that aims to improve in-app consumer engagement. With two decades of experience in the media industry, most recently as former head of strategy at the BBC where he led a £1.4bn commercial activity shift which saw the launch of subscription video on demand, Pike brings a “unique blend of skills and knowledge” that makes him a “key leader for us as we ready ourselves for this critical next stage in our journey”, says Nick Pinks, CEO, Covatic.

One of the advertising industry’s most respected creative executives, Linus Karlsson has been appointed to the newly created role of Chief Creative Officer for IKEA, where he will be responsible for setting the creative direction for Ikea for both product development and marketing and communications, creating a bridge across two groups typical separated within a company. Karlsson has worked with Ikea previously as a consultant across several creative projects since early 2012 and in this new role, will be an “accelerator, bouncing board and source of inspiration and experience,” says Fredrika Inger, Range & Product Development Manager at Ikea, Sweden AB. Karlsson’s experience includes eight years at Mother, six years at McCann as creative chairman, and four years at Fallon Minneapolis, as well as more recently serving as global CCO of Cripin Porter + Bogusky, the consultant and guest lecturer at Stockholm University.

Costa Cruises veteran Mario Zanetti who currently serves as CCO of Costa Cruises Europe has been promoted to the line’s new President. In this role, Zanetti will guide Costa to “strengthen its leadership and in Europe, South America, and Asia and ensure profitable and sustainable growth in the long term”, says Michael Thamm, Group CEO, Costa Group and Carnival Asia. Zanetti has a long history with Costa Cruises starting in 1999, where he worked in revenue management, before becoming President of Costa Asia in 2017 and then COO of Europe in 2020.

With decades of banking experience, Fabrizio Campelli has been appointed to head up Deutsche Bank. Joining Deutsche Bank in 2004, Campelli has held various roles working in corporate finance, heading strategy for wealth management and most recently serving as chief transformation officer, prior to which he worked in investment banking at Goldman Sachs and consultants McKinsey. Campelli will take responsibility for Deutsche’s corporate and investment bank to “ensure sustainable profitability after the bank’s return to profitability in 2020”, said a Deutsche Bank statement.

Experienced executive in leading both businesses and projects, Campbell Gray has been appointed CEO for the Middle East and Africa at Atkins, a company that’s been part of the Middle East’s transformation for more than 50 years. In this role, Campbell will lead the businesses’s end-to-end advisory, design and engineering and project management services under the Atkins, Faithful+Gould and Atkins Acuity brands. Having spent his 24-year career with Faithful+Gould and Atklins worldwide, before a stint at Currie & Brown, Gray returns to Atkins bringing a “deep knowledge of the business and the region, and a proven track record in building long-lasting client relationships”, says Steve Morriss, President, Middle East, Asia Pacific and Latin America, SNC-Lavalin.