Top six cities for best work-life balance are all European 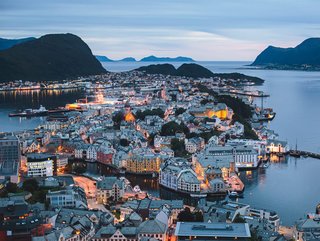 Best cities for work-life balance are in Europe, with Oslo taking top spot, while Dubai is the world’s most overworked city, reveals new Kisi study

With employee burnout on the rise – 52% of employees experienced burnout in 2021, up 9% from pre-pandemic levels, according to Indeed – work-life balance has become a priority for workers post-pandemic.

So much so, that for the first time in seven years, work-life balance has trumped salary as the main job consideration for workers, according to Randstad research.

Oslo scored highly for remote working, quality and availability of healthcare, air quality, and leave. Workers in Oslo take on average 25 days of vacation each year and are offered a staggering 707 days paid parental leave, according to Kisi data.

Helsinki workers, meanwhile, get a full month of paid vacation every year, compared to Los Angeles, for example, just one week per year.

Oslo ranking top comes as little surprise with the city often consistently ranking in the top three worldwide for quality of life.

Oslo is home to a high percentage of green space, with 68% of the capital’s public space comprising lush parks and gardens, along with clean air and low levels of traffic congestion. The city has the most ambitious targets for reducing carbon emissions in the European Green City Index, and is pushing ahead with electrification – 70% of cars purchased in 2020 were electric. It also has an almost free healthcare system with good medical standards.

Two German cities, Stuttgart and Munich, also made the top 10, and cities in Germany made up nearly a third of the top 30 on the list.

Another great city for ensuring life balance is Amsterdam, where less than 10% of the population is overworked, according to the study.

For many, the pandemic has given people the chance to rethink priorities, including moving to a new city, into the countryside, or overseas, and are looking for flexible (remote/hybrid work options).

As a result, some financial and business hubs, which have long been economic powerhouses, have ranked poorly this year. In Europe, London slipped in the work-life balance rankings to 27, down from 20 in 2020 and 12 in 2019; while in the US, New York took a bigger hit, dropping to 59 from 21 in 2019.

It is the Gulf city of Dubai however that has the most overworked population in the world, according to the rankings, pushing Hong Kong into second place. These are followed by Kuala Lumpur, Singapore, Montevideo, Tokyo, Bangkok, Cape Town, Lisbon and Budapest.