French engineer Daniel Danon has brought his international business experience to his role at Eurofiber who offer an open digital network in western Europe.

After spending many years developing new products for the telecom industry working in Hungary - a country famous from its innovation from László Biró Bic’s ballpoint pen, the Rubik Cube and digital computing invented by John von Neumann - Danon joined Dutch-based Eurofiber at the height of the pandemic.

For a leader who thrives on working alongside his team, Danon had to quickly adapt to meeting his new colleagues over a screen and, to this day, has still not met many of the 550 employees who work for Eurofiber, which celebrated its 20th anniversary last year.

“I am very lucky to work for a company which has in its DNA an open digital network that enables others - so I am proud to say we are helping the world and helping our partners,” said Danon.

“I arrived on my first day in April 2020 to pick up my laptop and nobody was in the office. Since then I have met everybody online and was amazed by how prepared Eurofiber was for this emergency with all the IT systems and collaborative tools already in place. I was able to benefit from this IT planning along with our partners.”

Twenty years earlier, Eurofiber laid their first 500km of fibre network to connect the four major Dutch cities of Amsterdam, Rotterdam, The Hague and Utrecht. Today, they have laid more than 38,000km of fibre - laying 40kms each week - have 10 data centres and a digital footprint that covers the Netherlands, Belgium and France.

Danon is now leading the team at Eurofiber which is laying a lifeline for the digital society of so-called ‘smart cities’ which is so crucial to the future that the Dutch government has designated the company’s open digital network as a “vital infrastructure”.

“Customers have complete freedom to choose the services, applications and providers they need, allowing them to tap into the full potential of digital innovation,” said Danon who has always had a passion for technology. He initially worked in the UK on the first 3G networks. He followed this up studying for an MBA in business administration and management before moving into consumer broadband and the TV market at UPC with a focus on central Eastern Europe.

“After many years looking at the business models and building up new products, I moved to Budapest, Hungary to work for the consulting firm Solon. I worked on due diligence in TMT, the technology sector across the region from Russia, Bulgaria and the Baltics.

“With this international background I have always loved to see how everything has commonalities - but is also so different. The business logic changes in every one of these places and I've been lucky enough to work within an overall industry and to have seen lots of different aspects of it both geographically and culturally.”

From Solon, Danon moved to Vodafone, also in Hungary, where he was Head of Business Development and NewEnterprise Services for nearly four years from 2010. “While I was at Vodafone I got to look at things such as mobile payments and machine-to-machine - which everybody knows today as IoT - and how we could help businesses. It was early days in the technology cycle and it was a great chance to develop this in Hungary, which is a country passionately driven towards innovation,” he said.

Danon said he developed his skills in both consumer and business by developing products and systems which are skills he has brought to his role at Eurofiber. He also highlighted the benefits of returning to a company after a period of time.

“I worked for Liberty Global for 10 years and left to work in Hungary before returning. I have learnt to value that time away as I built up extra experience which I could share on my return. I came back with an extra level of understanding and energy and a different skill set.

“And after six years back at Liberty Global I was  looking for a new challenge back in the Netherlands, a different scale and closer to the customers than I had working in the corporate entity. At the same time, I also wanted to impact customers, and the B2B is a space where you can really impact customers because you get to work with them on their business and enable their business.”

Danon describes himself as a talkative, open person who enjoys getting to know his team and trying to create a personal relationship and trying to ignore the fact it is always on via screen due to restrictions imposed by the pandemic. “Work around coffee is as important as work behind the desk,” he said.

Commenting on the challenges posed by COVID-19 he said: “This is not a professional challenge, this is a human challenge that we're all living through. It's amazing to see how technology has managed to help us through.

Danon cites the essential trait of a leader is helping a team to deliver their vision. “I have worked with a lot of experts, people in the industry who have had a vision. The real leader you admire is one that you get to work with every day and gain experience from,” he said. 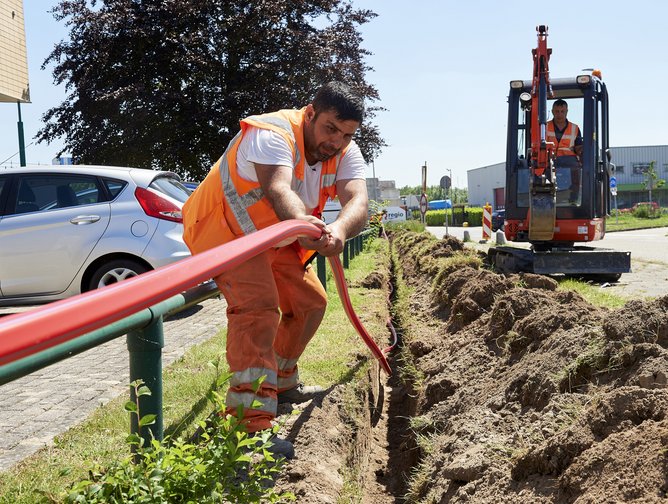