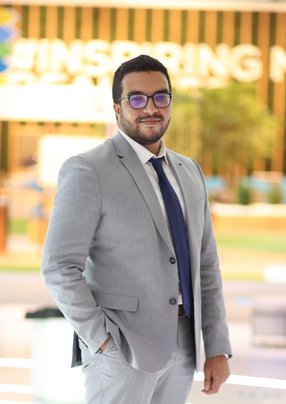 With a wide range of expertise across business, technology and digital platforms ‒ not to mention prior experience of founding ventures and developing innovations ‒ Nour El Ansari is the perfect man to lead Injazat’s dedicated venture-building activities.

Born in Morocco, he went on to study engineering in France, spending the vast majority of his career thus far in Paris, where he married and started a family.

“My background is as an engineer from TELECOM Paris, so basically in technology, I like to think of myself as a generalist engineer. I'm very passionate about technology,” El Ansari explains. “I really quickly jumped into the management and strategy world through a consulting career with BearingPoint, Paris. BearingPoint is a Europe-wide consultancy, and while there, I mainly dealt with strategy, management and  transformation engagements with telcos and governments ‒ things like new market entries, large transformations, digitalisation of the government and government-wide strategies.”

Building a business from the ground-up

It was at this point that El Ansari really started “leveraging [his] engineering background for the sake of having a business with an impact”.

“From there, I took the decision to create my own company based in Paris, and then opened an office in Casablanca, where I was really trying to achieve a digital venture of my own. It was a journey with my co-founder ‒ my wife ‒ to explore the digital economy and, specifically, the digital platforms economy, because of what was new about that business model at that time.”

With determination and budding business acumen on the duo’s side, they soon experienced success: “We developed a company with a couple of ventures. One of them was successfully incubated in the French Chamber of Commerce and received funding as well, which was a startup around digital signage with some innovative models ‒ namely hardware-less digital signage, and a cloud-based technology that enables open advertisements, mimicking platforms such as Facebook or Instagram.”

Through this early venture-building experience ‒ which buoyed his “startup spirit” ‒ El Ansari displayed his passion for what he deems “disruptive tech”, otherwise known as technology that aims to change the game through the alteration of traditional business models. In short, the process deepened his profound desire to develop end-to-end digital platforms that have an impact “beyond the surface level”. And this is what led to the start of InGenius Ventures’ story.

In leaders, El Ansari values empathy, pragmatism, participation ‒ implementing a ‘sleeves up’ approach to his own management style ‒ and delegation, because he feels that we are all on a constant, never-ending learning journey. So, it’s easy to see why El Ansari is more than capable when it comes to leading innovative problem-solving teams that are able to effectively collaborate to generate solutions.

El Ansari cites the tech genius Elon Musk and his own personal mentor, M. Chafik Sabiry, as leaders that he looks up to ‒ the former because of his “management capabilities” and “ability to talk about what he does in any depth needed and in a very pragmatic way”.

“He's not afraid of exposing nonsense in business or in technology and having firm opinions. This is something I would like to be able to do in the future… to be able to say, ‘OK, this is my opinion on AI, because…’,” he says, describing Musk as the “archetype” of leadership he himself hopes to be.

But what about M. Chafik Sabiry, how is he an inspiration for El Ansari?

“He's a very close friend as well as my mentor. He has built one of the biggest companies in Morocco and in North Africa, and is like a big brother to me. He taught me to let go of control and instead support my team.

The other thing he taught me is about emotion. If you don't control your emotions, you are not being a leader.  What I appreciate about him is his diligence, wisdom and energy ‒ in short, most of the things I learned about leadership, I learned from him,” concludes El Ansari.