Global Head of IT Infrastructure

Joerg Hesselink, Global Head of IT Infrastructure at GfK, looks back on one of the toughest yet most rewarding years of his career due to COVID-19

GfK has been a global leader in data and analytics for more than 85 years, conducting its first studies in 1934, and in many ways 2020 was one of its toughest.

Joerg Hesselink is Global Head of IT Infrastructure and has end-to-end responsibilities for the company's network and related services – including data centres, servers, backup storage databases, and cloud infrastructure services.

“I've been in this industry now for 29 years, and I have to say that during the pandemic was the toughest, but also the most rewarding year,” says Hesselink.

“IT teams became the company superheroes of 2020. Nobody thought we could send more than 8,000 employees home and still be in business.”

Hesselink started his career in the early 1990s with Honeywell as an infrastructure engineer. He describes himself back then as “a hardcore techie” and he moved quickly through the ranks into project and program management initially in Germany, then across Europe, then global.

In the early 2000s he left his comfort zone and got deeply into digital transformation and business process optimization and left Honeywell for an artificial intelligence startup, before returning to Honeywell before joining GfK in 2019.

GfK’s digital transformation started in 2017 when among others the IT group realised the need to update the company's infrastructure and applications.

GfK’s leaders at the time were looking for a solution that could provide flexibility and scalability and the IT group knew that cloud services would play a vital role in the company's future.

GfK already used some cloud services to supplement its on-premises, data centre environment, but high costs became a challenge. So, the IT group decided to capitalise on multiple clouds while controlling costs and managing complexity. Hesselink says they are now “in the last mile” to becoming a truly hybrid, multi-cloud infrastructure-as-a-service (IaaS) provider for GfK.

One of GfK’s value propositions is it to be an independent and trusted partner of the industry. That is one of the reasons why having a hybrid cloud-based IaaS (rather than focusing on a single vendor or a single technology) approach empowers GfK to respond to new and future projects with astonishing agility.

Every company has had to adjust, pivot and accelerate digital transformation in order to survive the COVID-19 pandemic. Those that did it best, and those that innovate, and the companies more likely to emerge the strongest. So how does Hesselink rate GfK’s efforts and their current position as we emerge from the worst?

“I would say overall, we are managing the situation very well, and this is thanks to the trust of our customers and shareholders,” says Hesselink. “Our company's vision and priorities have not really changed. Social interaction has clearly changed and while we are embracing our collaboration tools and have a video always-on mindset in the company, we are missing time together in person.

“I think what's paying off is our innovative approach. I definitely think that in the next 12 to 18 months, we will have realised our true hybrid multi-cloud offering to a point that we can work closer with the developers and be part of the DevSecOps cycle.” 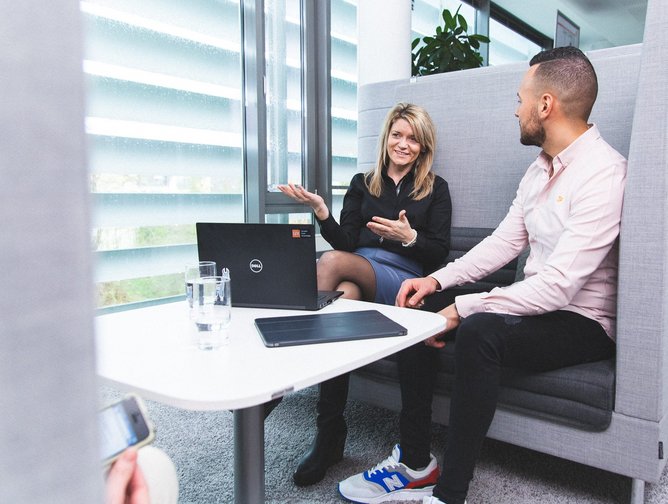