10 pieces of priceless advice for entrepreneurs 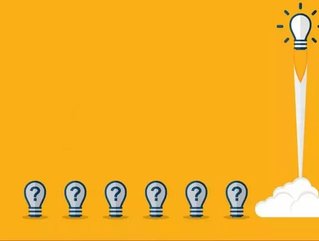 Cleo Chaisty is a Copywriter for Face for Business, a leading UK telephone answering service. She specialises in writing about SME’s and start-ups and also providing high quality business insights and advice.

Striking it out on your own and going the route of an entrepreneur can reap incredible rewards. This includes fortune, fame, being the head of huge company, and the satisfaction of executing your own ideas. It’s little wonder that it’s the dream for so many people.

That being said, the path to becoming a successful entrepreneur is fraught with difficulty. You risk losing the comfort and convenience of a regular paycheck, and you’re faced with the challenge of generating a livelihood for yourself, and your family. It can be a tough, lonely road.

Fortunately, there are those that have gone before you and successfully overcome many of the pitfalls that you may currently being experiencing. Such people are encouraging examples of what may lay ahead if you’re able to persevere and succeed as an entrepreneur.

With that in mind, here are 10 pieces of excellent advice from 10 UK entrepreneurs:

“There is no secret… work hard, be good, judge well, commit hard and enjoy.”

Deborah first acquired her fortune in the holiday park industry when her company, Westar Holidays, was bought out. She then entered the textile industry by acquiring Fox Brothers, which produces fine cloth ad materials for tailors and leading fashion houses.

As humans, we’re wired to look for shortcuts: the quickest path to a desired outcome, and it’s no different when it comes to business. Deborah’s advice is that such a path doesn’t exist - there’s no escaping hard work and commitment. Though it may not sound like it, it’s good news, as if you’re willing to put the work in, you will achieve your goals and ambitions.

Starting out with an ice cream van, Duncan then went on to own an empire encompassing nursing homes, nurseries, and the largest independent group of health clubs and spas in the UK.

Duncan’s advice pairs well with the above advice about hard work: anyone can be an entrepreneur if they’re willing to put the work in. That’s pretty encouraging, as having a strong work ethic is something that can be developed, and not a magical genetic skill.

“Do something you enjoy, be collaborative, and hire well.”

Piers comes from a finance background and used his insider knowledge to develop and acquire a series of media, tech and comms businesses, including cloud computing service provider Outsourcery. As well as being an Angel Investor, he sits on the board of several businesses and charities, as well as being a renowned public speaker.

Doing something you enjoy is imperative as it’s far easier to commit to hard work, long hours and setbacks if you’re stimulated and fulfilled. However, Piers also advises that you can’t do everything by yourself, so you should look to both collaborate with like-minded people and to hire talented individual that will add value to your growing business.

Have a mental blueprint of what you’re looking for in potential employees and do what it takes to get them on board.

“Passion, dedication, tenacity, self-belief and not being afraid of challenges. When things don't work out, move on immediately to the next thing and have diversity in the business to keep yourself fresh and inspired.”

Kelly made her fortune in interior design, becoming the go-to designer for celebs and the wealthy – most notably, Victoria and David Beckham. She used her stellar reputation, unique sense of style, and eye for detail to establish a successful online homeware brand.

Kelly’s advice is all about being robust yet flexible. Things are guaranteed to go awry at some point and that’s when you need self-belief and perseverance to get you through. She also advises having an array of things going on within your business to keep you motivated and on the ball.

If you feel uninspired and that things are getting stagnant, consider working on an idea you’ve been putting off for a while. It might be just the thing to inject some much-needed creativity in your business that will carry over into other aspects of your company.

“Surround yourself with positive, determined and focused people. Always be caring, have fun and never forget that for your business to grow you need to make money.”

Peter initially found success with a computer business he started in his bedroom, which he then sold to IBM – at a loss! Forced to move back in with his parents, he soon rebounded and achieved greater success when he founded telecoms company, Phone International Group, which grew rapidly at the turn of the millennium and amassed Peter a fortune. He shares his knowledge with the public on popular investment show Dragon’s Den and through his own Enterprise Academy, which teaches entrepreneurial skills to young people.

Peter’s advice is similar to Piers’ in that it homes in on the need to surround yourself with good people. As the saying goes, ‘iron sharpens iron’, so it’s important to associate with people whose good habits will rub off on you.

Now, you’d be forgiven for thinking that his parting words, “make money” are a little simple – as that should be the goal of every business! However, Peter’s touching on an important point that’s often forgotten by a lot of businesses: Ambition is great, but make sure your plans are supported by profit.

“My biggest tip is just to try your hardest. If you do that then you can have no regrets - success or failure. Working very hard just increases the chances of success!”

James began his entrepreneurial career by opening his own architectural practice. Starting out with smaller projects, like extensions and conversions, before joining a large practice to take on larger challenges.

Like many of the other entrepreneurs on this list, he advocates hard work. Failure is inevitable but how you feel about it is up to you. Trying your hardest not only increases your odds of success but will allow you to keep your head held high in the event of failure.

Whether you succeed or fail is often outside your control but how hard you try is something you have influence over, so it’s best to concentrate on that.

“Just get good people around you to help you deliver it. It’s all about your contacts and who you can go to for help with something. It’s hard on your own.”

Wayne Hemingway started out selling out second-hand clothing in Camden Market with his wife Geraldine. Before long, the pair had opened their own shop, selling clothing that Geraldine had designed. This became the fashion brand Red or Dead, which went from strength to strength before they sold it. Today, they’ve switched tact and run Hemingway design, which housing and urban design and redevelopment.

Wayne is another entrepreneur who also suggests surrounding yourself with good people. In particular, he’s recommending building a strong network of people that you can rely on for different things. This doesn’t just have to be in direct relation to your business, like suppliers, it can also be people you go to for advice or a bit of moral support.

When you hear the term ‘Entrepreneur’, Sir Richard Branson is usually the first person to come to mind. He started with a mail-order business in the back of his school’s paper which eventually grew into the global brand Virgin that encompasses everything from telecoms and trains to air and space travel.

It’s important to note that he’s not saying not to be afraid, rather, crucially, he’s saying it's natural to be afraid, and you shouldn’t seek to avoid it. Coming face to face with fear is inevitable but how you choose to deal with is up to you.

This is incredibly powerful advice because if you accept that fear is part of life, let alone entrepreneurship, you’ll feel more comfortable taking a greater number of risks.

“I'm simply doing what I like to the best of my ability, and there's no rulebook.”

Victoria shot to mega stardom as part of the iconic Spice Girls in the mid-nineties. She began dating fledgeling football star David Beckham shortly after and the pair quickly became one of the world’s most iconic couples. She then parlayed her fame into a successful, luxury clothing brand, as well as cosmetics and fragrances.

Victoria once said that she wanted to be more famous than Persil Automatic. It’s an unconventional ambition but she’s an unconventional person, and that’s the essence of this advice. There’s no rulebook for entrepreneurs, you often have to go where there is no path or precedent and just go for it.

She’s also advocating doing what you enjoy and doing your best at it, which go hand in hand. When you’re doing what you’re passionate about, as opposed to what simply brings in the most profit, it's easier to put in the hours and overcome the inevitable setbacks.

Andy MacGregor, alongside his wife Marie, started call answering service Face for Business in 2012. The couple started the company after identifying that businesses of all sizes had a need for professional PAs and receptionists to handle their incoming calls. Face for Business has since grown to supply high-quality virtual staff to companies across the UK.

Andy’s advice centres around the idea that entrepreneurs should make mistakes of ambition, not of inaction. When you can fully embrace the idea of not regretting your actions, as long as you made them with good intentions, then taking risks and making mistakes becomes less daunting; you’ll be less paralysed by fear and take more action.