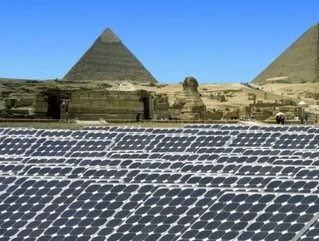 Access Infra Africa (AIA) claims it will be the largest privately-backed fund of its kind, with plans to develop assets worth more than half a billion dollars.

Egypt’s Ministry of Electricity has given AIA the go ahead to build large wind and solar plants as part of its initial renewable energy push. In Uganda, the partnership will construct and manage the country’s first solar power station, a 10 MWp photovoltaic facility in Soroti in the north east.

Reda El Chaar, Chairman of Access, added: “We are delighted to be joining forces to develop sustainable and affordable power assets across Africa, which today houses seven out of the world’s ten fastest growing economies.”

This is an extremely welcome development for the region, which finally looks like taking advantage of the fact it is one of the biggest recipients of sun of anywhere in the world.