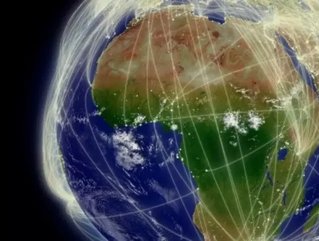 Calls for pan-African market harmonisation are increasing as the continent begins growing in all directions, with the loudest call coming from the African Organisation for Standardisation (ARSO).

Recent years have seen a massive boost in both the scale and accessibility of trade across the African continent; Africans have benefitted from the boundless potential offered by e-commerce, as well as the increased security offered by e-banking. It is little wonder then that with the advent of a quickly growing networked  economy that the legislative environment needs to adapt in order to facilitate more sustained growth.

ARSO is an intergovernmental standards body with a remit to make the continent competitive on a global scale through developing standards in development, harmonisation, and implementation. Meeting this large-scale challenge will require African companies to adopt international standards in addition to an effort across the board to collaborate and share resources.

Joseph Odumodu, ARSO President and Director General of the Standards Organisation of Nigeria (SON) said, "Most of our achievements at ARSO are on the continental level, but one thing we have done is that, we have midwifed the signing of Memorandum of Understanding between countries because we believe that even though we act at the continental level, it is the country to country relationships that will result in a closer working relationship.”

He added, “We will collapse all boundaries, depending on what the African Union Heads of State agree. We may not apply any kind of tariffs because we need to break down the tariffs that are barriers to trade seamlessly with each other. In doing that, we must ensure that we have all attained a comfortable level of development in terms of quality infrastructure.”

It is estimated that up to 80 percent of global trade can be attributed to standards similar to those proposed for the African continent; if Africa was to become a single market trading block similar to the EU, there is not only potential for global competition but also the potential to grow industries and new jobs.