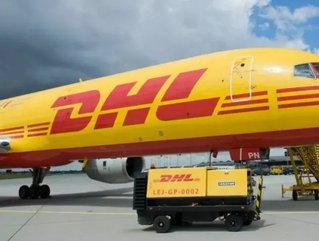 With the rise of global terrorist activities, issues regarding security and public safety have come under increasing public scrutiny; companies that transport goods and personnel internationally have been at the forefront of adapting to this troubling global trend.

A report from the University of South Africa, titled ‘Africa and International Trade: Challenges and Opportunities’ notes that whilst SSA has a population of over 800 million, (over 12 percent of the world population) its economic activity is miniscule, contributing only 1.7 per cent to total world production. These facts make the implications of international security all the more pressing for the sub-continent and it is clear that a careful balance must be achieved.

Oliver Facey, Vice President of Operations for DHL Express Sub Saharan Africa (SSA) spoke recently about these trends and explained how his company is working to mitigate risk.

He gave his comments in light of the recent announcement that Sudan, South Sudan and Djibouti would be joining the list of ‘red’ countries that require strict security measures imposed on goods transported across their borders.

Countries are classified according to their security risks, and are regarded as either red, white or green. The classification determines the level of security measures required of a country, and includes restrictions on items that can be transported, as well as screening levels packages need to be subjected to before being cleared for transportation to the EU and US.

Facey said that the nature of security is changing, and that society needs to be aware of the potential implications. He said, “The business-to-consumer market in SA is growing with the emergence of e-commerce and the increased demand for consumer goods. The rise of the SME has also resulted in greater variety and accessibility to new and competing products. Goods are now just a click away, and can be sourced and ordered from anywhere in the world.”

He explained that global security breaches, including terrorist threats and the trade in illegal substances, have resulted in the global transportation of goods being subjected to a number of security regulations. “In order to trade with the EU and US, red countries have to comply with set regulations and conditions. There are certain challenges in select red African countries. For example, in Nigeria, a certain airline will be compliant with the regulations, but the country’s airport is not – which results in a package needing to be redirected so that it can undergo the required security tests and authorisation.”

As part of its plan to meet these challenges head on and to assist Africa’s continued international trade, DHL Express has invested over €3 million over the last two years to improve security processes in certain SSA countries.

Facey said that while the regulations should not hamper trade between certain red countries and the rest of the world, consumers and businesses need to be aware of them and understand that certain items may be subject to more stringent checks than others.

DHL leads the international logistics industry and is part of Deutsche Post DHL Group, which in 2014 generated over €56 billion in revenues. With more than 320,000 employees in over 200 countries and territories worldwide, they connect people, businesses, and markets, facilitating trade through a thoroughly networked logistics network.