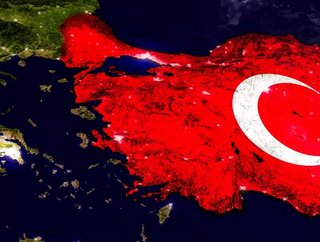 Now the most globally connected country in South and Central Asia, Turkey’s economic growth is thanks to increased exports and rapid digitalisation

Turkey is the most globally connected country in South and Central Asia, according to the latest DHL Global Connectedness Index (GCI), having had the 10th greatest gains in international connectedness out of 169 countries in 2017-2019, moving up 10 places to 55th spot.

Located at the crossroads of Europe and the Middle East, Turkey is close to the Balkans, Russia and Central Asia, and has a geographic advantage as it acts as strategic stopover point between Africa and Europe.

And that strategic location has helped supercharge Turkey’s elevation in both economic growth and global connectedness throughout the pandemic, having been one of very few countries worldwide to have experienced economic growth in 2020.

Driven in part by the near doubling of lending by the country’s state banks, Turkey’s economy expanded 1.8% in 2020, outperforming all emerging market and G20 peers except China, and is expected to further grow by 4.8% this year.

According to data by the Turkish Trade Ministry, Turkey exported to 226 countries and territories in 2020, with exports hitting an all-time monthly high of US$17.84bn in December 2020. Such export gains were especially notable in the 2020 GCI Index, with figures for both goods and services growing significantly as a share of Turkey’s GDP.

“Turkey launched a program to boost the country's value-added exports and to assist firms to expand production capacity, investing nearly $260m (€213.9m) to support exporters during the pandemic,” adds Tonguç.

In January this year, Turkish Exporters Assembly (TIM) chairperson Ismail Gülle revealed plans for the centre in the US, which is expected to accelerate local exporters’ access to markets and boost Turkey’s foreign sales volume.

“We have carried out a detailed study for the logistics centre we plan to open in the USA. We have a target of $100 billion in foreign trade volume with the country. We believe that the logistics centre to be opened is of great importance for us to achieve this goal quickly”, Gülle says.

Rapid digitalisation and growing e-commerce are further factors in Turkey’s economic growth, with small and medium-sized businesses having rapidly adjusted to meet current consumer trends. Turkey’s e-commerce trade volume is expected to grow by more than US$3bn to US$28.9bn by 2022, with online shopping snatching up 38% of retail sales.

“As the pandemic transforms behaviour, companies have started focusing on hygienic delivery and customer support and are investing in digitalisation and e-commerce,” says Tonguc, adding that moving forward, there’s an opportunity for Turkey to become “even more connected and successful, taking advantage of our connections around the world to boost the amount of business that flows”.

However, the UK boasts the most global distribution of flows than any other country worldwide. The report further found that Southeast Asian economies were punching well above their weight when it came to international flows including Cambodia, Singapore, Vietnam and Malaysia.