By Stephane Colliac
May 19, 2020
undefined mins 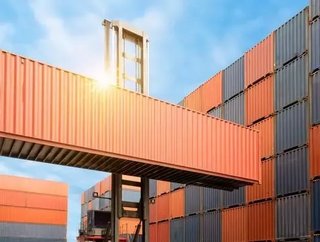 In March of this year, 44 African governments came together to sign Africa’s first, continent-wide free trade agreement in what could prove to be one of the region’s most important economic developments in recent history. The agreement to cut tariffs on 90 per cent of the goods and services traded by the continent’s economies marks a genuine step change and should deliver a significant boost to both inter-African trade and foreign exports.

The hope is that by eradicating trade barriers, countries will be able to collaborate and develop better integrated, regional supply chains, which will provide the platform to export more manufactured, finished goods. This will help reduce the continent’s reliance on commodity exports, such as oil, platinum, copper and iron ore, which currently account for 75 per cent of African trade volumes and restrict economic growth due to their procyclical nature.

According to our forecasts, the new African Continental Free Trade Area (AfCFTA) has the potential to deliver the positive economic impact the cohort of countries is targeting. We expect the value of African exports to grow at a rate of eight per cent per year because of the new agreement, reaching $1.42tn by 2030, compared seven per cent annual growth without it.

This rise will be driven by a change in the balance of African trade. We expect the share of intra-African exports to rise from 19 per cent in 2018 to 27 per cent over the period – approximately the same proportion as the current Association of Southeast Asian Nations (ASEAN intro-regional trade share – with trade volumes between African economies forecast to increase by 11 per cent annually up to 2030, from just seven per cent today.

Manufactured goods will also contribute a higher share as a result of the tariff cuts, jumping to 28 per cent from 24 per cent in 2018. Countries with an established manufacturing base will make the largest gains from the new treaty, alongside food exporters. By 2030, Zambia will reap $20bn in additional exports per year because of the treaty, with Angola ($15bn), Ghana ($14bn), Egypt ($10bn), The Republic Democratic of Congo ($7bn), Kenya ($5bn) and Ethiopia ($4bn) among the countries forecast to see strong increases.

But despite the opportunity, there are a couple of preconditions that must be delivered to realise the trade growth. African economies must commit to continue ramping up investment in major infrastructure, particularly in East Africa which is falling behind the curve. Kenya, for example, would need to invest $117bn in new roads and railways to close its transport infrastructure gap with a similar-sized economy in the ASEAN region.

Increased investment from the private sector will be key to this, but governments must start addressing a common complaint from companies that they are rarely consulted on trade and development policy. Similarly, substantial economic reform will be needed to support the ability to re-exports (transport infrastructure, logistic hubs) and make the continent a more attractive destination investment if it is to increase the annual level of Foreign Direct Investment (FDI), which dropped at $42bn in 2017. In addition, fiscal revenues will also need to be increased to channel more funds into financing new infrastructure projects, which will mean formalising tax systems to increase receipts and strengthen the battle against tax avoidance.

The AfCFTA marks a significant step forward for a continent beset by traditionally strong protectionist tendencies. But to ensure the new deal delivers the trade growth the member countries are seeking, governments must focus on new infrastructure and the reforms that will attract investment.