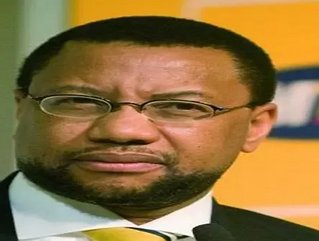 On paper, the performance of African brands in the BrandFinance Global 500 list of the most valuable brands looks poor. Telecoms giant MTN is the sole representative of African brands to make the top 500, positioned 199th in the table topped by Google.

However, we took the time to delve deeper into the outlook for the continent’s brands – and it is certainly bright.

Thebe Ikalafeng is the founder of Brand Leadership Group, a company that builds brands both in Africa and abroad. He singled out the South African entity as a shining example and said other African brands should look no further than MTN for a recipe for success for building global African brands.

“MTN has set the standard and the pace for other African brands,” he said. “It has shown the guts to play in the big leagues, to break out of its local South African market to build a globally respected African brand.

“Right from the time they invested over $200m to set up the Nigerian business over 10 years ago, or investing over $100m to become the only African global sponsor of the 2010 FIFA World Cup, they’ve always been bold and taken risks.”

Perhaps unsurprisingly, the five highest ranked brands on the continent are all South African underneath MTN. Although Standard Bank, ABSA, First National Bank and Nedbank Group failed to make the Global 500, the financial companies were still ranked within the sector.

It is very ironic, said Ikalafeng, that this should be the case in a continent which is renowned for informal banking.

“The odd thing about Africa is that generally, its a relatively un-banked market with unsophisticated banking and financial services, but that’s the dominant industry. Perhaps because they are necessary to facilitate trade and exchange, and African customers have found a way to enable that.”

Before focusing on MTN, it is worth providing an insight into the Global 500. Compiled by Brand Finance, the annual list is the world’s most comprehensive brand value league table, ranking the most valuable brands across all major markets.

“We value the brand and not the portfolio of the whole company. With SABMiller for example, the corporate brand plays a small part in its overall sales and revenue. In fact, it is the individual product brands such as Castle and Grolsch that hold the actual value.”

MTN’s competitor Vodacom has also been omitted from the list.

“Vodacom’s transition to Vodafone expected in 2011 sees the brand now valued with a short-term useful economic life and therefore falls out of the range of the world’s most valuable brands,” said Schmitz.

As Ikalafeng explained, African telecoms, financial, energy and mining brands typically dominate lists such as these because they are “bread and butter brands” that offer services crucial to the connecting people, facilitating trade and exchanges and create the most jobs because of Africa’s wealth in resources. .

The key to MTN’s success

“It gave MTN anunprecedented opportunity, not just to speak to Africa and the Middle East market where they are most dominant, but also a global audience, which gave them global exposure to global consumers and global investors ,” said Ikalafeng.

Schmitz also agreed that successful marketing promotions such as MTN’s ‘Ayoba’ (a South African slang term to express amazement) campaign allowed the brand to capitalise on a worldwide market.

“MTN are trailblazers, setting the benchmark for what other brands in Africa should be doing.

“One of the key drivers in MTN’s marketing operations is to that they are headed by locals who understand what consumers need.

“It scooped a series of accolades for its ‘Ayoba’ campaign in 2010. The results demonstrate the marketing activities of the company to ensure brand affinity across South Africa’s diverse communities.

“Today MTN's enterprise value stands at over $35 billion demonstrating a growth of over 3,000 percent in the last 10 years,” said Schmitz.

MTN’s Chief Executive Officer (CEO) of nine years, Phuthuma Nhleko, stepped down at the end of March after overseeing a phenomenal subscriber growth from 2.3 million in 2000 to 141.7 million today. Sifiso Dabengwa has now taken over as CEO and will no doubt be hoping for further remarkable success.

Ikalafeng stressed that for businesses in Africa to succeed like MTN has, they must follow one simple rule: Think local but act global.

Ikalafeng stresses that for African brands to build distinctive global brands, they must follow one simple rule.

“They must think local and act global. It’s about offering a new value proposition to the world, rather than replicating global ideas.” he said.

“This is a reversal of how we have typically done things. For African brands to break through they must build brands underpinned by African insights that are drive African consumers while delivering on a global standard.

“Concepts such as “pay as you go” were developed in Africa based on the understanding that many Africans couldn’t access credit to take up the initial traditional contract based cellular phone models. Today the “pay as you go” concept is a key driver of most telecoms business models. “

The Global 500 also includes a brand rating, which incorporates a number of different key performance indicators (KPIs) and compares It to brands within the same sector. MTN scored AAA, the second highest brand rating Brand Finance allocate and are ranked 22nd in the list of global telecoms companies.

“We have seen the equity increase and brand value increase, the only reason MTN have dropped down the list from number 179 to 199 this year, is due to us being able to include more private brands this year that have provided us with financial information,” said Scmitz.

The strong performance of telecom brands is, according to Ikalafeng, down to private companies taking advantage of various governments of African nations’ inability to provide adequate infrastructure.


Brands for the future

“African general consumer brands have not been doing so well,” continues Ikalafeng.

“However, I believe Shopright, one of the fastest growing retail brands in South Africa, is one to watch. It serves the middle market and as a result has the potential to rise through the continent and beyond.”

Schmitz also earmarked Nando’s as an African brand going from strength to strength. The Portuguese-themed chicken restaurant chain is widely perceived to have originated in the European country, although it was in fact started in South Africa in 1987.

“Nando’s has done a great job of getting into different markets, you see Nando’s restaurants all over the world now,” he commented.

“Coca Cola, Microsoft, these types of brands didn’t have to change when they travelled. Sure, they had to adapt but they didn’t shed their entire identities when they went to markets abroad,” he said. “There has been an ‘americanisation’ of the consumer world, and America dominates any global most valuable and most admired brand tables.

“A brand represents a country and its continent, if it goes outside of its region and becomes successful outside of its home country it helps in building a great reputation for that nation.”
Digital RealtyMarketplaceLIVE
Share
Share