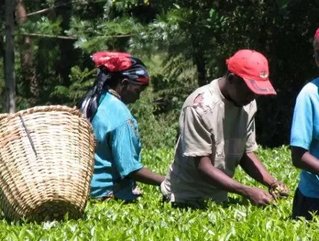 This is the second consecutive year that Agri-Vie has been recognised in this category in East Africa. In 2012 the Fund was awarded similarly by Africa Investor.

The awards bring together decision makers from East Africa’s agribusiness community who drive food security and sustainable agribusiness practices by recognising and commemorating the achievements by the different key players in the sector.

These industry players have found transformational and profitable ways that are both replicable and scalable to help improve the lives of millions around the region.

Agri-Vie finds itself in the company of other award-winning organisations such as Export Trading Group (ETG), a pan-African commodities group and Rwenzori Commodities of Uganda.

According to Herman Marais, managing partner at Agri-Vie, the award is recognition for the Fund’s continued dedication to partnering with agribusinesses and funds which exhibit economic development, positive environmental impacts and show quality and growth potential.

He said: “Winning this type of award for a second consecutive year is testament to our sound investment disciplines and signifies the fund’s demonstrable socio-economic development impact through equity investing.”

“This included criteria such as investment performance, how management was incentivised, both in terms of profitability and corporate social responsibility, consideration of all stakeholders in the implementation of the deal, as well as the boundaries pushed in terms of location, size and industry and how it has effectively overcome barriers to investment.”