All you need to know about the Burj Khalifa 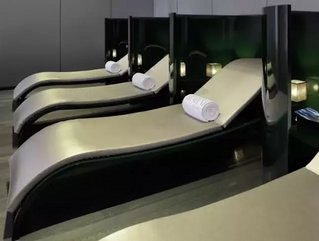 The Burj Khalifa tower is one of the most photographed buildings in the world. Standing at over 828 metres (2,716.5 feet), the 160-story building houses over one million square feet of residential space, and 300,000 square feet of office space, in addition to the Armani Hotel Dubai and the Armani Residences. The curtain wall of the tower is the equivalent of 25 American football fields in size and the tower can hold in the region of 10,000 people at any given point in time.

The hotel has more than 2,900 steps leading up to its 160th floor and (in order to get any higher), ladders have to be used. As visitors travel to the top of the tower, they are told the story behind its design and construction.

The Burj Khalifa has 57 elevators and eight escalators.

The tower has four pools and two observation decks which give you an incredible aerial view of The Dubai Fountain.

The Burj Khalifa’s architect was Adrian Smith. He was inspired by the Spider Lily flower. You can see his inspiration from this flower through the intricate landscape design which surrounds it. The Burj Khalifa took more than 22 million man hours to construct with over 12,000 people working on-site at any given time from 30 on-site construction companies from all around the world. Construction also used three of the world's largest cranes and used at least 45 different types of stone.

It is made of over 11 million cubic feet of concrete, 1.1 million square feet of glass and 166,800 square feet of embossed stainless steel. If you were to weigh the amount of concrete that was used in the towers construction, it would equal the approximate weight of more than 100,00 elephants. The tower also has an estimated 26,000 individually hand-cut glass panels make up the exterior cladding.

To stop aircrafts from colliding with the tower, the building is fitted with “high-intensity xenon white obstruction lights”. These lights flash 40 times per minute with the flashing intensity changing depending on the time of day.

The work of more than 85 artists from all over the world is displayed throughout the hotels floors, this technically makes it the world’s tallest art gallery. The tower is also home to the world’s highest library (on level 123).

The huge tower featured alongside Tom Cruise in Mission Impossible: Ghost Protocol which was the fourth Mission Impossible film in the series. The stunt scene from the movie which featured the Burj Khalifa was later parodied in The Simpsons.

The world’s first Armani Hotel is situated inside the Burj Khalifa. It was opened in April 27th, 2010. There are 114 Armani Residences which are situated across levels 9 to 16. Each apartment has bespoke finishes and made-to-measure furniture and fittings. The entrance to the Armani Hotel was designed by Giorgio Armani himself and does not feature a check in desk. He wanted to give guests the sense that they were stepping into his home.

“The intention was to create a warm, harmonious and luxurious space combined with elegant design - each element playing a precise role in the overall effect and balance”.

Inside the lobby of the The Residence at Burj Khalifa, there is a huge sculpture comprising of over 190 cymbals by artist Jaume Plensa. It is named ‘World Voices’ and (as water cascades down from the ceiling, it hits the cymbals and creates “a chorus of distinct tones that represent the voices of people worldwide”.