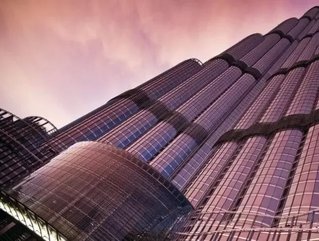 Dubai based real estate development company Emaar re-elected its chairman Mohammed Alabbar at its 17th Annual General Meeting held this week in Dubai. Mr Alabbar was re-appointed to the board along with nine others, finally ending speculation that he might stand down as chairman. The meeting also approved a cash dividend of 15 percent of the share capital equivalent to over AED1.074 billion ($292 million) for distribution to shareholders.

Mohamed Alabbar, said: “At Emaar, we are focused on maximising stakeholder value, and our record net profit in 2014 of AED3.293 billion ($897 million) surpassed our estimates of AED3.067 billion ($835 million). Our exceptional performance is led by the trust and unwavering confidence of our shareholders on the Board of Directors, which has enabled Emaar to achieve sustained and impressive growth in the past 17 years.”

He added: “As one of the world’s most valuable companies with assets valued at over AED 151 billion (over $41 billion), we are led by the vision of His Highness Sheikh Mohammed bin Rashid Al Maktoum, UAE Vice President and Prime Minister and Ruler of Dubai, who inspires us to continuously challenge ourselves.”

Mr. Alabbar said that Emaar is currently focused on two joint venture mega-developments in Dubai, together valued at over AED200 billion ($55 billion). “Dubai Creek Harbour, developed in association with Dubai Holding, and Dubai Hills Estate, our JV with Meraas Holding, are truly unparalleled in their size and scope in the city. They will be powerful economic catalysts for Dubai, serve as magnets for investment, offer a brand-new lifestyle choice, define Dubai as a smart city of the future and contribute to the ongoing preparations to strengthening the city’s infrastructure for the Expo 2020 Dubai.”

“Developing real estate assets in Dubai and other international markets will continue to be our core strategy,” said Mr. Alabbar. “With over 235 million square metres of land bank and extremely strong financial fundamentals, we have the resources to build for decades to come.”