AngloGold Ashanti announces the sale of its South African assets 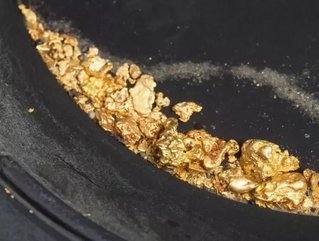 AngloGold, the top producer of gold, has announced plans to sell the last of its South African mines, Mponeng. The announcement follows on from the sale of a majority of its South African assets, and a large restructuring of its workforce. AngloGold employs 6,000 workers in the Mponeng, which holds a remaining ore reserve base of 16.8 million ounces.

Though AngloGold plans to divest from South Africa, the company plans to vastly increase production from the Below 120 Level project to improve margins and ensure higher capital investment for stakeholders.

“We believe that under the right ownership, our South African assets offer a compelling longterm value proposition that may allow for an extension to Mponeng Mine’s current life,” Chief Executive Officer Kelvin Dushnisky said.

AngloGold has 21 operations across four continents. Other major projects that AngloGold has focussed on include Guinea, Colombia and Ghana.

“The investment to extend Mponeng’s life beyond eight years has very strong competition for capital and other scarce resources from a host of other projects in our portfolio, which at current planning assumptions are more attractive, generating higher returns and quicker payback periods - we have therefore decided to review divestment options for our South African business,” Dushnisky  concluded.