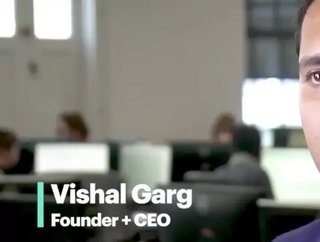 The founder and CEO of real estate technology company Better.com, Vishal Garg, has been reappointed by the board after sacking 900 staff on cold Zoom call

The boss that nobody wants to jump on a Zoom call with is back. Vishal Garg famously sacked 900 members of his team in the lead up to Christmas while on a video call, with no prior warning.

The ruthless executive said: "If you're on this call you're part of the unlucky group being laid off. Your employment here is terminated. Effective immediately." Merry Christmas!

And now Garg is back at Better.com – the company he founded which claims to use technology to improve the house buying and selling process – which must be comforting for the remaining 5,000+ members of staff.

He has been appointed chief executive by the board who sent an email to staff saying “Better's CEO Vishal Garg has been taking a break from his full-time duties to reflect on his leadership, reconnect with the values that make Better great and work closely with an executive coach. We are confident in Vishal and in the changes he is committed to making to provide the type of leadership, focus and vision that Better needs at this pivotal time."

While Garg may have been reflecting on his leadership, and admitted that his ‘cold’ call was handled badly (he said he had “blundered the execution”), he also said the redundancies were necessary.

It’s not the first time Garg has been portrayed as a gargoyle, with Forbes getting its hands on a leaked email to staff last year, Imagine getting this in your inbox…

Dumb dolphins? Someone might want to offer Mr Garg some lessons in zoology as well as Zoom etiquette.

So why has the board taken this, some would say controversial decision? It may have something to do with the fact that the company intends to float on the stock market, with analysts predicting a possible value of around US$7bn.

The 7-billion-dollar question is, is this the most brutal sacking in corporate history? While the manner of the delivery may have left much to be desired, the 900 figure is nothing compared to some large layoffs.

Fast forward to the 1990s and AT&T’s CEO Robert Allen made the call to shed almost 50,000 staff – which saw him collect an estimated US$10 million in bonuses.

And who could forget good-old Chainsaw Al? When CEO of home appliance company Sunbeam he sacked 6,000 – half of the entire workforce – and also appeared to revel in “putting people on the street”, according to Newsweek.

So while Garg may have some way to go and his sacking in numerical terms is far from gargantuan, it’s hard to see employees at Better.com accepting too many Zoom invites or wishing their chief executive were constantly on mute.