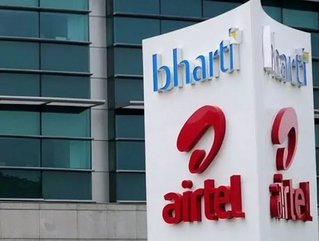 Telecoms service provider Bharti Airtel has confirmed the appointment of Tom Gutjahr as its new managing director for the company’s Uganda branch.

The move comes as Bharti steps up its efforts to improve access to the networks across the country and wider continent, especially in the online realm.

Gutjahr will assume his post from August 1 to drive strategic leadership in the business, with CEO of Airtel Africa Christian de Faria pointing to this new directive as a sign of the company’s commitments to improving vital network infrastructure.

In a company statement Faria said: “In Mr. Gutjahr, I am confident that Airtel will continue to enhance the benefits of telecommunications services for the communities in Uganda. I want to warmly welcome him to the Airtel family.”

In his new role, Gutjahr is expected to provide further access to mobile commerce services, and help build Airtel’s growing brand in the East African operation and also expand the company’s 3G footprint.

Before taking this position he was CEO at Tino Paraguay, the largest subsidiary of the Millicom Group which operates mobile networks in emerging markets.

Gutjahr takes over from VG Somasekhar who had been MD for Airtel Uganda since December 2010. Somaskhar was appointed Executive Operations Director of the Strategic Business Unit covering Zambia, Congo, Malawi, Burkina, Niger, Chad, Madagascar and Seychelles.

Bharti Airtel, MTN and Uganda Telecom are the country’s most significant players in the market.