CEO of NBAD steps down 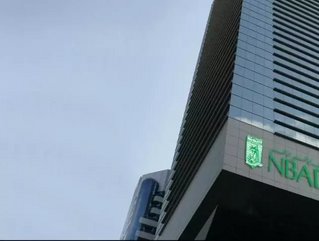 The National Bank of Abu Dhabi’s Group CEO Alex Thursby has stepped down after three years in the role.

Nasser Ahmed Alsowaidi, Chairman of NBAD, commented: “I would like to thank Alex Thursby for his leadership of NBAD. Under his guidance, the bank has transformed into a modern, well regarded, customer-oriented and results-focused financial institution. NBAD approaches the merger with FGB in a strong financial and risk position, recognised as the safest bank in emerging markets and the highest rated bank in the UAE. I am confident Abhijit Choudhury will lead the bank successfully through the integration planning process in the coming months, drawing on his decade of experience at NBAD.”

The completion of the proposed merger with FGB is scheduled for the first quarter of 2017.

Khalifa Sultan Al Suwaidi, who is currently a member of NBAD’s Board of Directors, will take on the newly created position of Managing Director to support the bank through the integration planning process until the merger completes.

Alex Thursby added: “It has been an honour to have been CEO of NBAD as the bank pursued a path of sustainable growth, which has culminated in the proposed merger with FGB to create the largest bank in the Middle East and North Africa region. I leave the bank in a very strong position to make a success of the merger and thrive in an increasingly competitive landscape.

“With the planning for NBAD’s integration with FGB now underway, I believe this is the right moment to hand over the reins to Abhijit Choudhury and a senior team that will plan for the merger. I feel strongly that it is important from now, that there is alignment between the decisions being taken during integration planning, and implementation of these decisions after the merger is legally completed. I would like to wish Abhijit, and all the employees of NBAD well for the exciting period ahead, and thank them for their support and dedication to building a highly successful bank.”