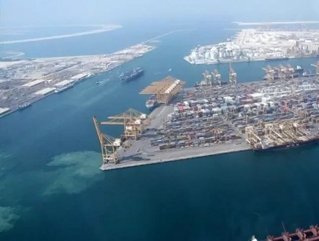 The vision aims to develop, regulate and promote the local maritime industry while at the same time reinforce Dubai’s position as a world-class, premiere international maritime hub.

H.E. Sultan Bin Sulayem’s statement was given during a recent DMCA supervisory coordination meeting that showcased the latest updates and achievements in the efforts to boost Dubai’s maritime competitiveness and offer key foundations to raise the bar on the local maritime industry in line with internationally recognized standards and best international practices.

He said: “Dubai Maritime Vision 2030 is positioned as a strategic base to promote Dubai and its highly competitive maritime segment.

In fact, Dubai is as equally competent with other leading maritime and logistics centres in the Middle East and North African (MENA) region and the rest of the world. To achieve the goals set out by Dubai Maritime Vision 2030, industry players in the emirate must work closely and intensify their efforts in reaching this vision.”

“The local maritime industry is considered to be a key cornerstone in the unified efforts to drive sustainable growth and overall development in the future. It is also a major partner in the move to further enhance Dubai’s regional and international competitiveness.

“Moreover, the Dubai MSS is a key step forward in aiming to make a difference in the maritime industry and increase its contribution to the country’s GDP, which is poised to enhance its position as one of the leading value-added economical industries in Dubai, following the vision and directives set forth by H.H. Sheikh Mohammed Bin Rashid Al Maktoum, Vice President and Prime Minister of the UAE and Ruler of Dubai.”

The local maritime sector recently made major leaps in terms of its direct contribution to Dubai’s GDP, which amounted to 4.6 percent or the equivalent of AED 14.4 billion.

These components played an active role in supplying the labour market with more than 75,000 promising job opportunities to meet the demand for qualified human resources, especially in maritime operations, maritime engineering and ports, which accounted for 51 percent and 25 percent of the employment rates within Dubai’s maritime sector, respectively.