Europe home to world’s most liveable cities, with Vienna top 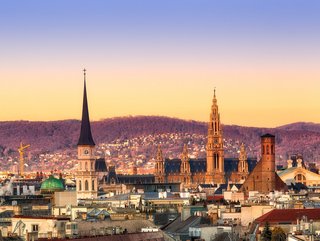 Western Europe is home to the world’s most liveable cities in 2022, with six European cities featured in the top 10 of EIU’s recently released annual Global Liveability Index.

Switzerland was the only European country to have more than one city in the top 10, while Canada took three city spots.

This domination of the top 10 most liveable cities by Europe is a turnaround from last year when Asia-Pacific dominated with eight cities in the top 10, including two in New Zealand, two in Japan and four in Australia.

Only two APAC cities, the Australian city of Melbourne and Japanese city of Osaka, have made this year’s list, both tied at number 10.

The reason for the turnaround, according to the Index’s authors, is thanks to recovery from the pandemic. “Cities that were towards the top of our rankings before the pandemic have rebounded on the back of their stability, good infrastructure and services, as well as enjoyable leisure activities.”

In fact, European cities were the biggest movers up the ranking in the past 12 months, with three German cities – Frankfurt, Hamburg and Dusseldorf jumping 32, 31 and 28 places, respectively, while London and Paris both jumped double-digit numbers.

While Ukraine’s capital Kyiv was not included in this year’s report for obvious reasons, the Russian cities of Moscow and St Petersburg dropped 15 and 13 places, respectively, due to the impact of Russia’s invasion of Ukraine. Budapest and Warsaw also dropped due to declining stability levels because of the war.

What makes Vienna the world’s most liveable city?

The Index ranked 173 cities on a variety of factors, including healthcare, crime rates, political stability, infrastructure, and access to green space, with Vienna taking the crown thanks to its “stability and good infrastructure” supported by “good healthcare and plenty of opportunities for culture and entertainment”, the annual report said.

It’s not the only report to find Vienna the world’s most liveable, with Mercer’s Quality of Living survey naming Vienna as the best place to live globally every year from 2009 to 2019.

So, what does this tiny capital of just 1.9 million inhabitants got going for it? The world’s 14th-richest country due to its well-developed social market economy, Austria has one of the highest GDPs per head, according to the World Bank. Vienna’s education system, which is widely considered excellent, scored top marks (100%) in EIU’s latest list, as did its healthcare system.

The city’s public transport city has been universally praised, providing citizens and visitors with easy-to-use, reliable, affordable (just 1 euro per day for an annual pass) and frequent services, including the U-Bahn’s 24-hour service at weekends. Cyclists are catered for too with clear pathways and numerous cycle routes throughout the city.

The city has a reputation for being ‘clean and green’ with good air quality, low noise pollution, and a high number of green spaces both in the city and nearby, surrounded as it is by hills and rural landscapes.

There are plenty of hiking routes in and around the city, while Vienna’s renowned ‘coffee culture – thanks to its many coffee houses where citizens frequent to socialise – add to wellbeing of citizens. The city also offers a strong heritage in culture and the arts, giving people plenty to do and see, from museums to music venues, including the iconic Vienna State Opera House.