Forbes: Huge potential, but Africa home to 6 of 10 Worst Places to do Business 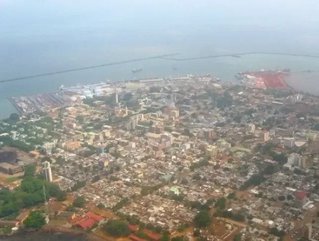 Guinea has been named as the world’s worst place to do business by Forbes, with six of the bottom 10 countries being located in Africa.

Despite what appears a pessimistic statistic, the report cites huge potential moving forward, backed by the fact that Africa has averaged a five percent economic growth over the past 10 years. Some nations have reached as high as seven percent over this time.

The continent’s resource-rich terrain has allowed commodities such as oil, gold and valuable minerals to boom, leading to a reduction in poverty rates and increases in education enrolments.

Despite this, Africa’s economic issues are reflected in Forbes’ ninth annual Best Countries for Business. The continent is high on potential, but it is home to six of the bottom 10 with excessive levels of corruption, red tape and taxes registering as major issues.

Guinea, centre of the devastating Ebola outbreak, ranks bottom. Despite promising resource reserves, the country has a trade deficit of 27 percent.

Chad, Libya, Angola, Gambia and Algeria are the other African nations in the bottom 10.

South Africa is the continent’s highest-ranking place to do business, coming in at 43 on the global list.