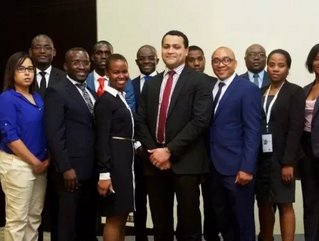 Fundo Soberano de Angola (FSDEA) has announced the launch of its Scholarship Programme, ‘Future Leaders of Angola’, aimed at building up the economic empowerment and capacity of a new workforce in the country.

The initiative will offer talented young Angolan graduates the opportunity to take part in an intensive and exclusive management course with focus on international business management and banking and finance.

The programme, offered in partnership with the School of Management and Law of the Zurich University of Applied Sciences (ZHAW), was announced during a welcome ceremony for the Angolan students.

José Filomeno Dos Santos, Chairman of the Board of Directors of the FSDEA, said: “This scholarship programme will contribute to the prosperity of Angola, because it has the strategic goal of establishing the management skills required for the efficient management of the country’s resources.

“The graduates will access global expertise and gain a deep understanding of successful industries worldwide, becoming future leaders of knowledge in Angola. We believe that in the future all participants of this programme will firmly contribute to build the national economic development and prosperity.”

André Haelg, Dean of the ZHAW School of Management and Law, added: “This course will provide Angolan students with an excellent business education.

“As a leading Swiss university with a strong focus on practice-oriented learning we are always keen to promote the evolution of financial management practices around the world.

“We are therefore delighted to be able to play a role in the development of a strong financial services sector in Angola.”

Complementing the scholarship programme, the FSDEA also announced the completion of a study for the launch of a new “Hotel School for the African continent with the objective to offer international industry level hospitality knowhow to budding workers in the sector.

The concluded study provided insights on the current and future trends for the specialisation of African frameworks of this industry in Angola and the rest of Sub-Saharan Africa.

“The hospitality industry in Africa today is witnessing an increased level of interest from international hotel operators,” Dos Santos explained.

“Several hotel groups have announced ambitious expansion plans in the region, but no one has committed to building the human and capital resources required to materialise these developments.

“The FSDEA’s study also indicated that the long-term rewards for the hospitality industry in Africa may only be attained by prioritising the building of the supporting infrastructure and capacity of local frameworks.’’

The Fund is further developing an exclusive program to promote more initiatives in the fields of vocational training and the access to healthcare services, energy and water, wherever the public distribution networks are not available.

Dos Santos concluded: “A thriving services sector is vital for the economic growth of the region.

“We are certain that these initiatives will in the long term play a key role in allocating the necessary skills for employability and independent participation of our young generation in these sectors as suppliers or consumers.”