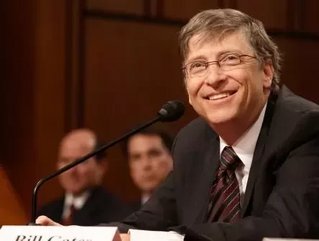 Microsoft co-founder Bill Gates is in Nigeria to support a campaign for his foundation to rid Africa's most populous nation of polio after an increase in the number of cases this year.

Gates travelled to Nigeria's northwestern region, the worst hit area of the country to met with government officials and influential traditional leaders on Tuesday.

The Bill and Melinda Gates Foundation said that Nigeria's focus on eradicating polio had “waned” in 2011, despite the number of cases falling by 95 percent in 2009 and 2010.

The disease has now re-emerged as a serious threat to children's health and 30 polio cases have been reported in six northern states. According to the UN, this has been due to a drop in the number of vaccinations in the country and resistance in some parts of Nigeria over fears that the vaccination s harmful to children.

Gates however said he was hopeful that the numbers would again fall.

"Nigeria has achieved important success with polio over recent years and we are confident it can finish the job," said Gates.