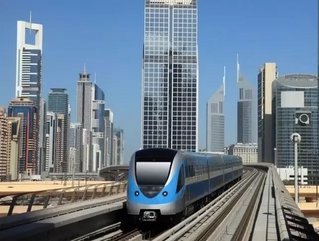 The World Expo 2020 will arguably be the Middle East’s most highly-anticipated event for decades, with Dubai set to showcase the best the region has to offer in all walks of business.

The UAE has already made strides towards smart government on many levels in order to present to a global audience that its way of running affairs is among the leanest and most efficient there is.

On an infrastructure and construction level, the region is already seeing a great number of large projects be conducted in anticipation of the Expo.

In Dubai alone, projects worth 30 billion dirhams will be built in time for 2020 according to a senior official at the Dubai International Project Management Forum, an event inaugurated by Shaikh Ahmad Bin Saeed Al Maktoum, Chairman and Chief Executive of Emirates Airline and Group.

Some 35 projects will be completed, including a 15-mile extension of the Red Metro Line to the site of the Expo.

This is due to be completed by 2019, allowing time for operations to begin well before the event itself with an objective to be able to carry 25 million passengers to the venue and other parts of the city.

Among the other key projects expected over the next few years are the extension of the Dubai Metro Green Line, stage two of Etihad Rail project that will integrate with Dubai Metro as well as phase two of Dubai Tram and Urban Rapid Transit System.

The first phase of the Dubai Tram is set to open in November this year, with the Roads and Transport Authority expected to launch 200 apps in a bid to offer a smart service to the public.

On the retail side, the extension of the iconic Dragon Mart Mall is well underway.

Once fully operational, Al Maktoum International will be the fourth largest airport in the world, while Bluewaters Island will house the Dubai Eye, a giant Ferris wheel like that seen in London. This is set to be completed in 2018.