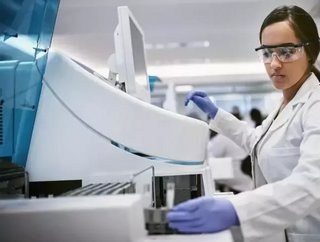 Dr Abdourahmane Diallo, CEO of the RBM Partnership to End Malaria, discusess the benefits for businesses by investing in Malaria elimination.

Malaria stops children from going to school, and adults from going to work. It puts enormous pressure on our healthcare systems. It prevents us from profiting from the land where malaria-infected mosquitoes are present. It deters foreign investment and tourism from overseas and it obstructs business development. It promotes inequality, hindering sustainable economic growth and it’s a leading cause of mortality across Africa, halting thousands of people from fulfilling their potential every year.

I could continue, but the fact is this: we need to put a stop to the millions of cases of malaria that wreak havoc with health, impede the growth of the private sector and often consume the largest portion of African countries’ health budgets – and we need to do it now.

This week the World Health Organization (WHO) published the World Malaria Report 2019, an annual report summarizing global progress against malaria. The report shows that malaria is increasingly a disease of poverty and inequity, with the most vulnerable, particularly pregnant women and children under five, at greatest risk of dying from a mosquito bite. In fact, a child still dies of malaria every two minutes.

When you look at the global picture, Africa by far carries the largest burden of the disease. Just five African countries - Nigeria, the Democratic Republic of Congo, Uganda, Mozambique and Cote d'Ivoire – make up for half of the world’s malaria cases. In fact, over ninety per cent of global malaria cases and deaths occur in Africa, costing the continent an estimated US$12bn per year.

The return on investment

When achieving malaria-free status is associated with a 5% higher GDP/capita, African businesses only stand to gain from prioritizing the eradication of the disease. According to a recent report from the Lancet Commission on Malaria Eradication, even a small increase in malaria spending for the most affected countries results in large return. For Nigeria - which accounts for a quarter (25%) of global malaria cases - the Commission found that increasing government malaria funding by 0.01% of GDP could boost GDP by $0.3 bn per year. Meanwhile, another report from the WHO Strategic Advisory Group on Malaria Eradication showed that scaling up the reach of effective malaria control tools to reach 90% of people by 2030 in the 29 highest burden countries would result in an estimated US$283bn return that would far outweigh the associated costs of $35bn.

These two landmark reports on malaria eradication both confirmed that a malaria-free world can and should be achieved, and that the benefits of malaria eradication will greatly exceed the investment needed to reach it. However, this will only be possible if we stay ahead of the evolving parasite. As the malaria parasite evolves and reoccurs, the less we do to control it, the more of our resources it demands. We must prioritise researching, developing and scaling up transformative tools, to combat growing drug and insecticide resistance and prepare us for the next set of challenges in the malaria fight. This will be critical for transforming how we beat this disease and further integrating malaria interventions into African health systems.

We have achieved a lot over the past two years. Four countries have been certified as malaria free and another five are either at or close to achieving zero malaria cases and deaths. Progress is being made to strengthen country capacity to collect, analyze and use real-time quality data. The highest-ever amount of pledges from African countries were made to the Global Fund for the 2021-2023 period, and African Heads of State and Government made commitments to increase investments in domestic financing. Without global investment and action against malaria, malaria deaths and cases would be significantly higher, but we must step up the fight to realise our shared vision of a malaria-free world.

How can the private sector play its part?

Business leaders have a responsibility to support the malaria fight. Whether it’s through financing of prevention and treatment to protect the local workforce, to private/public healthcare partnerships, or even via more innovative solutions. One example of an innovative funding mechanism led by the private-sector is M2030, which engages businesses across the Asia-Pacific region to become advocates for malaria elimination, while simultaneously raising awareness and funds among the general public.

Closer to home, digital payments platform Wari supported Senegal’s “Zero Malaria Starts with Me” campaign, through an innovative donation platform. This enabled Senegalese citizens to help finance efforts such as training for community champions. Whatever the business, it’s clear there is a huge opportunity for innovation, skills and technology nurtured by the private sector to be leveraged and applied to broader social challenges.

It’s important to recognise that malaria is a challenge that affects us all, from country leaders to individual citizens, and the private sector is no exception. The private sector has a vested interest in a healthier country, improving conditions for staff, customers, and national infrastructure. It must play a role in energizing national goals by bringing more resources to the table and partnering on local and national projects, to leverage the opportunities that malaria elimination brings.

By eradicating malaria, we will not only save countless lives but will ultimately free up our precious resources, unlock trillions of dollars in economic potential and let the world know that Africa is open for business. Zero malaria is possible, and it starts with all of us.

For more information on business topics in the United States, please take a look at the latest edition of Business Chief USA.