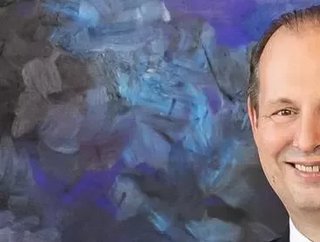 Hospitality veteran Thomas Meier has recently been appointed Chief Operating Officer at Jumeirah Group, as the company looks to expand its international footprint.

Swiss national Meier, who has more than two decades of global expertise under his luxury hospitality belt, has been brought on board to lead business transformation and operational excellence at the Group.

This comes as Group CEO Jose Silva, who took the helm of the group four years ago following two decades with Four Seasons, recently announced his goal for Jumeirah Group – to replicate what it had achieved in Dubai internationally, and ultimately to become one of the world’s top five luxury hospitality companies.

While Jumeirah Group is best-known for its Dubai and wider UAE Jumeirah-branded properties, including the six-star Burj Al Arab Jumeirah and Etihad Towers in Abu Dhabi, in recent years the group has been expanding its global presence opening luxury properties internationally including in Kuwait, Baku, Shanghai, Frankfurt, Rome, Istanbul and London.

Most recently, in October 2021, the group unveiled Jumeirah Maldives, an all-villa luxury resort tucked away in the turquoise waters of the North Male Atoll; while in February 2022, beachside hotel Hilton Dubai Palm Jumeirah is set to open its doors after having its open date of September 2020 postponed due to the pandemic. It is the expansion of the group’s presence internationally that Meier will help to lead by delivering “on key strategic projects designed to enhance the group’s portfolio and drive its culture of business excellence”, according to the group.

Meier brings to the Jumeirah table 20 years of global expertise in the luxury hospitality sector, managing a diverse portfolio of brands, and living and working in an array of countries including Singapore, Cambodia, Thailand and the UAE.

Meier most recently held the position of SVP of operations in Asia for Minor Group for five years, looking after brands including Anantara and Avani.

A graduate of the prestigious hospitality management school Ecole Hoteliere de Lausanne, Meier started his career in general hotel management roles in Asia and rose through the ranks to lead operations for Raffles globally. He then spent a number of years leading new openings and integrations internationally for the Fairmont, Swissotel and Raffles brands across Europe, MEA and APAC, before joining Minor Group.