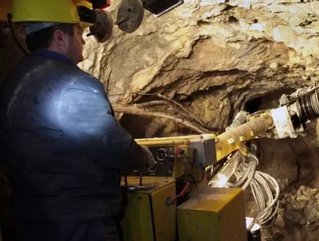 Mining companies have always been risk-takers, willing to enter territories that most industries would not even consider. Indeed, most mining firms were operating in emerging markets well before there was a specialist insurance market dedicated to this niche category of risk.

The problem for miners is that ‘country risk,’ which includes threats from across the political, economic and security spectrum, evolve constantly and, following the global financial crisis, that process has intensified.

As such, mining firms should be stress testing their risk management to ensure that their procedures remain nimble, yet robust enough to counter changing volatility in Africa.

The financial crisis demonstrated that economic instability breeds risk. Resource nationalism, especially during the commodities supercycle of the mid 2000s, was an instrument of populist government policy and the default position of many newly democratising African nations.

In the boom years, host governments forced unilateral restructuring of contracts, hiked mining taxes, or altered concession agreements. In some instances ownership structures were forcibly revised to deprive the foreign investor of a majority stake holding in a project, transferring the controlling interest to the state.

Election periods can be a particularly volatile time in sub-Saharan Africa, not only in respect of the risks of political violence, but often because nationalist sentiment is whipped up, leading to election pledges tinged with populism.

Similarly, during the commodity price boom years, governments had impressed upon their people that foreign investors were often not sharing the wealth from resources and that action had to be taken to level the playing field.

Workers in the mining sector also occasionally took up the cause directly; a series of violent strikes occurred in 2012 as mining employees sought to have working conditions and pay levels improved. In South Africa, strikes at Lonmin’s Marikana mine turned violent, leading to police opening fire on demonstrators, killing 34 striking workers.

Several years on, the economic outlook in sub-Saharan Africa has changed. The fall in global prices since 2012 has dented the fortunes of many countries that rely heavily on hard currency earnings from the sale of commodities. Nationalist rhetoric is on the rise.

The Zambian government has failed to respond decisively to falling copper prices and has continued to drag its feet over spending cuts. Inconsistent policymaking has undermined the investment reputation too.

The introduction of capital controls in 2012 heighted risks of currency inconvertibility and exchange transfer for mining investors looking to repatriate profits, and as such, the decision to lift these controls in March 2014 was welcomed. Yet the U-turn highlighted that fickle policy-making in a currency crisis should ring alarm bells for investors.

Mine to market infrastructure gaps

Ordinarily mining revenues would be used to address crucial infrastructure gaps that will, over time, help attract new investors. With mined commodities earning less revenue, African governments are less able to address the continent’s infrastructure deficit, estimated to be around US$75 billion a year.

Political violence risks, which range from strikes and protests, through to terrorism, war and civil war, continue to present operational challenges to mining investors in sub-Saharan Africa.

Political violence that impacts investors may be triggered by a number of factors. The global financial crisis has led to an uptick of protest action in many emerging markets as governments have had to rein in spending.

Meanwhile, the slowdown in job creation combined with unsustainable public spending on subsidies for food and fuel means protests in urban cities are likely to continue to occur with relative frequency.

The under-developed nature of road, rail and air infrastructure in sub-Saharan Africa, means protests in cities can severely hinder activity at project sites and local offices.

Terrorism also poses an overt threat to businesses in sub-Saharan Africa and events in Kenya offer a pertinent case study.

The Kenyan government's support of an international effort to push back al-Shabaab in Somalia made the country a target and the scale of backlash was highlighted by the attack on the Westgate shopping mall.

While mining investors are less at risk than these softer targets, the subsequent heightening of tensions between Kenyan nationalists and Somalis living in the border regions have raised fears of future inter-ethnic clashes. Such instability poses risks to personnel and property alike, and can make projects untenable.

A number of sub-Saharan African countries have issued sovereign debt this year, with the intention of using bond money to fund infrastructure projects. Nearly every one of the sovereign debt issuances in 2014 have been over-subscribed; Senegal received offers equal to eight times the US$ 500 million it raised, Ivory Coast attracted US$ 5 billion on a ten year US$ 750 million bond and in June, Kenya received US$ 8 billion of orders on a US$ 2 billion issuance; the largest debut sovereign bond in Africa.

With interest rates low, the opportunity to refinance short term debt has proved attractive to African governments needing additional funds in the wake of lower commodity prices. The concern is that some countries may be over-committing to unsustainable levels of debt, which could in the medium term raise economic risks for mining investors as economic weakness can damage political stability

The adoption of a coherent political or country-risk strategy can neutralise potential sources of risk and reduce, or at least identify, those that cannot be managed satisfactorily.

The different range of stakeholders and their respective interests must also be clearly recognised to effectively minimise country risk for a project. Stakeholders are not limited to contractual counterparties and investors - they include the host government, local government, community groups or tribes, project sponsors, lenders, off-takers and Non-Governmental Organisations (NGOs).

Finally, for those risks that cannot be entirely mitigated, Political Risk Insurance (PRI) offers an effective safety net against licence cancellation, selective discrimination (such as tax hikes), currency inconvertibility and transfer risks, expropriation, forced abandonment and loss of equity or default of debt as a result of strikes, protest risk, war risks, terrorism, to name just several of the coverable perils.

Undoubtedly any decision to invest in emerging markets requires considerable planning, especially while political risks appear to be heightened across the board.

Yet today’s risk environment is set to remain challenging in the long-term. The risks hitting the headlines today are those representing the ‘new normal’.