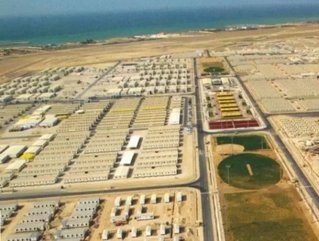 Industries Qatar has said it is putting its huge Al Sejeel petrochemical complex project on hold as it looks into a new venture that could potentially pay even greater dividends.

Qatar Petroleum (QP) and Qatar Petrochemical Company (Qapco), of which Industries Qatar owns 80 percent, came to an agreement in early 2012 to develop the site in Ras Laffan, in the north east of the country.

QP holds an 80 percent share in Al Sejeel with Qapco owning the other 20 percent.

However, Industries Qatar said in a statement that “the Al Sejeel Petrochemical Complex project has been put on hold, and that a new downstream petrochemical project that is expected to yield better economic returns is instead under study".

The Al Sejeel petrochemical project was scheduled for completion in 2018 as part of Qatar's large-scale expansion of the petrochemicals sector, and was designed to produce a large range of plastics.

Qatar is ramping up efforts to increase the petrochemicals sector's output to 23 million metric tonnes per annum (MMTA) by 2020 to further diversify and boost its economy.