Number of women on FTSE boards up 50% in five years 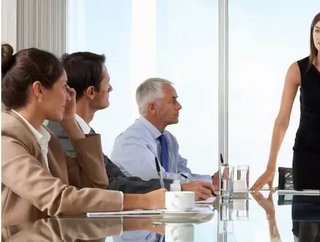 While headway has been made to close the gender gap on boards, significant progress remains to be made in top executive roles, finds UK government repor...

More than a third (34.3%) of FTSE 350 board positions are now held by women, with the number of women on boards increasing by 50% over the last five years, according to a new report from the UK government-backed Hampton-Alexander Review, Improving Gender Balance in FTSE Leadership.

While men continue to dominate at the very top of the UK’s top companies, in five years, the Review has seen FTSE firms make incredible progress in closing the gender gap.

In total, 220 0f the FTSE 350 companies now meet the Hampton-Alexander target of having at least 33% of their board positions held by women. Furthermore, there are no longer any all-male boards in the FTSE 350 and the number of ‘One & Done’ boards, with just one ‘token’ woman, has fallen from 116 in 2015 to just 16.

“It’s hard to believe in fact that as recently as 2011, 43% of the FTSE 350 still had all male boards,” says Mary O’Connor, Acting Senior Partner at KPMG UK.

And while the data also shows an increase in women in wider senior leadership roles, demonstrating that the top-down approach of boardrooms setting the standards of women’s representation across the company is working, the Review found that significant progress remains to be made on the highest executive roles, such as CEO.

According to Denise Wilson, CEO, Hampton-Alexander Review, the progress that has been achieved at boardroom level in the last decade now needs to be replicated in top executive roles. The supply of “capable, experienced women is full-to-over-flowing” and it is now for business to fully-utilise “a talent pool of educated, experienced women, to their own benefit and that of the UK economy”.

The bottom line is that getting women into senior positions makes good business sense and is vital for a company’s success, with “companies in the top 25% for gender diversity on their executive teams also 25% more likely to have above-average profitability”, states the Minister for Women, Baroness Berridge.

Joe Fitzsimons, Senior Policy Adviser for the Institute of Directors, concedes that while there has been progress, when it comes to offering diversity at the senior executive level, “much remains to be done”.

Fitzsimons suggests that businesses continue to focus their attention on developing boards with a breadth of perspectives, but that there should be a renewed focus on strengthening the pipeline of diverse talent into senior positions. He emphasises that diversity in the boardroom and throughout the organisation “enhances strategic thinking and innovation”, something that will be “essential for business and the economy as we seek to move on from the pandemic”.

About the annual Hampton-Alexander Review

The Hampton-Alexander Review is an independent, voluntary and business-led initiative supported by UK Government to increase the representation of women in senior leadership positions and on boards of FTSE 350 Companies, from 2016-2020.

The scope of the Review covered over 23,000 leadership roles in Britain’s largest listed companies, covering the board and two leadership layers below the board, making the UK’s voluntary approach to improving women’s representation at the top table, arguably the biggest and most ambitious of any country.