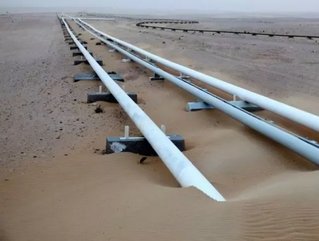 GCC countries will account for 14 percent of the world’s planned pipeline network expansion over the next five years, which will see it nearly double from its current amount of 21,000 kilometres.

According to Oil Review Middle East, 161,000 km of additional pipeline is earmarked globally, with the GCC set to invest $18 billion by 2020 in new pipes and related infrastructure work.

“During the first two days, major decision makers visited the shows to explore potential trade deals and widen their knowledge about latest solutions and technologies.”

Currently the UAE produces around 500,000 tonnes of tubes and pipes a year, with 65 percent of this exported to international markets.

The country is cited as a key hub of trade between Europe, Asia and Africa in this market, and is confident that it can produce up to three times the local demand.