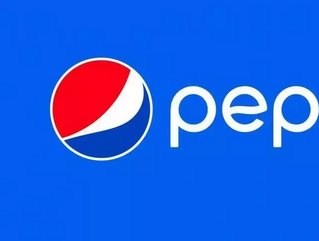 Since the end of apartheid 25 years ago, Western companies and brands have reentered South Africa with varying degrees of success. Fast food brands like KFC and beverage companies like Coca Cola have seen massive gains in the market, entrenching themselves, often at the exclusion of other leading American and European companies.

In particular, food and Beverage giant PepsiCo has struggled to create a substantial market niche for itself against its other Western competitors. Going forward, however, all that may be about to change.

According to a company press release, PepsiCo today announced that it has made an offer for one of South Africa’s largest producers and distributors of food and beverage products, Pioneer Foods.

PepsiCo Chairman and CEO, Ramon Laguarta aid: "Pioneer Foods represents a differentiated opportunity for PepsiCo and allows us to immediately scale our business in Africa. Pioneer Foods forms an important part of our strategy to not only expand in South Africa, but further into sub-Saharan Africa as well. Our businesses are highly complementary, and we look forward to working with the Pioneer Foods team to successfully build and implement a shared vision in the region."

PepsiCo will reportedly acquire all the outstanding shares in Pioneer Foods for a total consideration of US$1.7bn. This represents a premium of 56% to the 30-day volume weighted average price prior to the cautionary announcement on July 15, 2019.

Pioneer Foods has a robust product lineup, with strong positions in cereals, juices, and other African nutritional food staples, including well-known, scaled brands like Weet-Bix, Liqui-Fruit, Ceres, Sasko, Safari, Spekko, and White Star. At the same time, this acquisition will help PepsiCo gain a solid beachhead for expansion into Sub-Saharan Africa by boosting the company's manufacturing and go-to-market capabilities, enabling scale and distribution.

"As we look to accelerate our growth in key markets around the world and achieve our vision to Be the Global Leader in Convenient Foods and Beverages by Winning with Purpose, we are absolutely thrilled to join forces with Pioneer Foods, one of South Africa's leading food and beverage companies," said Laguarta.