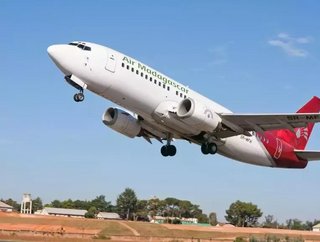 Madagascar airports are all set for upgrade and expansion with the help of the Emerging Africa Infrastructure Fund (EAIF). The €215 million project is expected to generate employment and developmental changes across the continent...

Madagascar, the world’s fourth largest island, is renovating its two international airports at the cost of €215 million ($245 million) with the help of the Emerging Africa Infrastructure Fund (EAIF).

“Any international airports are the symbol of the connection to the world,” said Hery Rajaonarimampianina, President of the Malagasy Republic when he visited the project site. “The work would reflect the modern and dynamic and friendly image of Madagascar,” he added.

Sub-Saharan countries in Africa have always found it difficult to find investment funding for their infrastructure projects, especially from the private sector. But this time around, it is different. After two years of struggle, the private sector operator Ravinala Airports consortium now has the necessary funds to complete the construction of the two airports. EAIF has provided a €25m long-term loan over a 16-year term.

“The Madagascar airports projects represent a step change for the country’s economic development drive,” comments EAIF Chairman David White. “Efficient and modern airports are one of the foundation elements of progress. They are significant employers in their own right and catalysts for growth in almost every sector of an economy. In Ravinala Airports we have a highly skilled, globally experienced and strongly motivated private sector airport operator. This is very good news for Madagascar,” he added.

The big names supporting the project

Investec Asset Management (IAM), one of the largest third-party investors in private equity, credit, public equity and sovereign debt across the African continent manages EAIF. EAIF is also member of the Private Infrastructure Development Group (PIDG), which currently receives support from seven governments – including the UK, the Netherlands, Sweden and Switzerland – as well as private sector banks including the German development finance institution, KfW, and its Dutch equivalent, FMO.

Additionally, a consortium of four international development banks have come together to support the development projects, including the World Bank's International Finance Corporation (IFC), Proparco Economic Cooperation (PPP), the Development Bank of Southern Africa (DBSA) and the OPEC Fund for International Development (OFID). Additionally, the projects are sponsored by the French companies Groupe Aéroports de Paris (ADP), Bouygues Bâtiment International and Colas Madagascar and Meridiam. Groupe ADP will provide support in the operation and maintenance of both airports throughout the term of the concession. Furthermore, ADP Ingénierie has been working on the design of the new Ivato Airport terminal.

Having vast experience in the design and construction, Bouygues Bâtiment International is putting its expertise into use for building new airport terminals. Based in Madagascar for the past 60 years, Colas Madagascar will contribute to the airfield roadways. Both the companies have entered into a 50/50 “Design Construction” joint venture.

Since December 2016, Ravinala has been in charge of the operation of the airports as part of its economic reforms programme, signed for a period of 28 years with the Malagasy government. The island nation’s airport infrastructure was built five decades ago.

Rajaonarimampianina also believes that the launch of the project is a sign of consolidation of the confidence between the Malagasy government and foreign investors.

What will be new?

The funding issue has already been resolved and the engineers and technicians have already begun their work at Ivato airport in Antananarivo. While Ravinala Airports looks to complete the construction in December 2018, the Ivato airport is expected to go into commercial service in June 2020.

The passenger handling capacities will more than double to an annual capacity of 1.5 million passengers, which could be further extended to 1.8 million. The Ivato airport will host a new 17,500 square meter international terminal, while its existing terminal will be renovated to deal with domestic traffic. The runway would be strengthened and resurfaced, so that it could accommodate wide-bodied aircraft for the first time.

Meanwhile, Fascene airport in Nosy Be, one of the country’s most used tourism airports, has its own improvements in store for its terminal and runway. The airport’s capacity will be able to accommodate 500,000 passengers a year. After the renovations, Ravinala is hoping to promote the airport to airlines and tourism operators worldwide.

In 2016, these two airports welcomed 845,000 and 147,000 passengers respectively, two thirds of which consisted of international passengers. Their expected average annual passenger numbers would rise by at least five percent over the coming years.

Madagascar has a population of 24 million people, 75 percent of whom live below the poverty line, making it one of the very poorest countries in the world. The project is expected to bring employment for locally engaged people in construction, retail and beyond. It is also expected to contribute $71.5 million (€61 million) in taxes to the Madagascan government.

Nazmeera Moola is Head of EAIF at Investec Asset Management and comments: “This is the first airport infrastructure project EAIF has supported and one of the most significant in terms of macro and micro economic development. Madagascar’s ability to compete globally, particularly in tourism and trade markets, will be boosted, as will its internal trade potential.”

So, Africa is witnessing another period of growth thanks to disruptive investors believing in the country’s potential within the infrastructure sector.