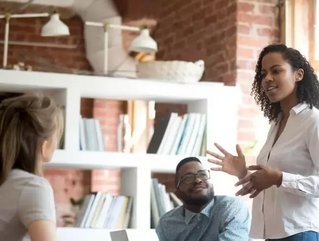 Dr Nkiru Balonwu, Founder & Managing Partner of RDF Strategies, discusess the importance of women for the globalisation of African Businesses.

Around the world, movements like #MeToo, Time’s Up, and others have provided a powerful driving force in advancing the conversation around gender equality. Yet while these movements have taken root strongly in the West, all too often African female voices are absent from the conversation. By improving the narratives and changing the realities of African women, we can empower a whole new generation of entrepreneurs and business leaders to meet the socio-economic challenges of the new global economy.

In September, African Women on Board (AWB) was launched at the Ford Foundation, New York, to coincide with the 2019 United Nations (UN) General Assembly. This new organisation, which I am proud to Chair, is designed to help more African women into leadership roles within their workplaces, communities and governments. At the event, which was attended by speakers such as the Executive Vice President, Ford Foundation, the CEO of the Nigerian Stock Exchange, the Managing Director of HP Africa, and the UN Women Regional Director for Central and West Africa, I told the French press:

“If you google images of African women, you see females carrying things on their heads with a baby on their back… but when you see America, you see greatness – though perhaps not today. Can women in Africa stand up and be counted? Not only is it possible, they must. This is the whole point of African Women on Board to say to women, ‘you have to speak up for yourself’. We are the ones raising these men, what if we believed in ourselves more?”

And all of these points are important. If women, and particularly women of African heritage, do not have a seat at the highest tables of global business and government, then how can we ever expect to receive equal representation in these areas?

But what really struck me throughout the UN General Assembly from a business point of view, is how badly broken the traditional model of business has become, and how few new ideas are coming through from the old guard as to how it might be fixed. This is where fresh perspectives, particularly those of African women, play a valuable role in transforming the business culture.

The world wants increasingly to move towards a model of community driven capitalism. This means building success and expanding wealth with the goal of feeding profits back into society as a whole, and redefining capitalism and globalisation as forces that can improve the lives of the entire global community, and reshape the global ecosystem. But again, in order to be truly understanding and representative of this community at large, our businesses need to be a beacon of diversity and inclusion. New ideas will not be able to flourish in organisations weighed down by narrow and outdated forms of thinking.

In Africa we face a unique set of challenges. The Goalkeepers Report, produced by the Bill & Melinda Gates Foundation, shows that by 2050, if our current global social and economic practices are not changed, 85% of all those living in extreme poverty in the world will be situated on the African continent. Half of them will be distributed in two countries: The Democratic Republic of Congo, and Nigeria.

What if a key solution to Africa’s challenges was in fully engaging and mobilising its women? After all, you cannot win by playing only half your team. And as Mao Zedong once said, women hold up half the sky. As Africans, we need to understand that this is not a zero sum game. Promoting the careers of women does not hinder the careers of men. On the contrary, by doubling the number of people in our countries that we truly invest in, we double the productivity pool upon which we are able to draw and create greater prosperity for all. Women are leaders, entrepreneurs, consumers, yet at the moment our economy is turning its back on this hugely important demographic.

That being said, the African continent also has the opportunity to demonstrate real leadership in this area. A report recently produced by the McKinsey Global Institute and published by Bloomberg, shows that Africa leads the world in its proportion of female board members, at 25%. This is followed by Europe with 23%, the US (22%), Asia-Pacific (13%), Middle East (11%), and Latin America (7%).

Of course, ‘1 in 4’ is still nowhere near 50/50, and dig a little deeper into that report and you’ll find huge disparities by country as well as the types of roles that women in senior positions occupy. We must also not be blind to the huge amount of work that most African countries still need to do, both inside and outside of the business environment, in terms of improving the rights and protections of women at large. Nonetheless, we do see green shoots of potential emanating from what is slowly, though increasingly, viewed on the world stage as a continent of innovation and investment.

Ultimately, when it comes to women in business – and particularly African women – the narrative needs to change. If businesses and indeed the communities in which they operate want to succeed going forward, they will require greater levels of inclusivity, diversity, and overall representation. So in speaking up in the modern business environment, African women are not solely seeking to improve their own realities - although this is essential – but also to challenge outdated modes of thinking and help shape more effective economic approaches for the future.