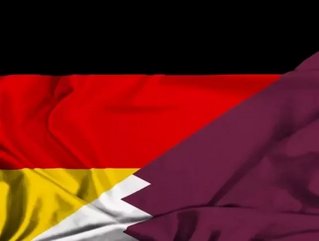 Qatar is keen to boost economic activity with Germany after its Minister of Economy and Commerce met with the Prime Minister of the Lower Saxony region.

H E Sheikh Ahmed bin Jassim Al Thani discussed with Stephan Weil and his trade delegation about how the two countries could further build on their existing trade and investments, a relationship that has historically been strong.

Weil said: “Qatar has become one of the most important investment destinations of Germans. The trade delegation is the result of the Emir’s visit to Germany. We are looking forward to further deepening and expanding areas of cooperation to create sustainable partnerships.”

According to The Peninsular Qatar, the number of active German companies in the country is increasing. 100 percent-owned German firms in Qatar have gone up to 27 while part-owned companies involving local partnerships have risen to 112.

Industries covered include services, telecoms and construction, with various infrastructure projects ongoing in the areas of roads, rail and medical builds. Many Qatari firms also hold interest in businesses in Germany, for example in the automotive and property markets.

Qatar is also exporting gas to Germany to help power its manufacturing heartlands.