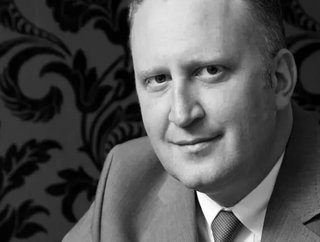 Enterprises across the globe are looking to transform their innovation models and create new value by taking advantage of major technological developments in big data, automation, machine learning and artificial intelligence (AI).

However, the pace at which these innovations are emerging, and the scale of the implementation and integration requirements can be overwhelming for enterprise executives, especially when companies need to balance their desire to innovate with their need for stability and consistency.

To modernise their IT approach, innovate and successfully facilitate digital transformation within the enterprise, a growing number of organisations are turning to open source tools and solutions.

This was a key revelation in Red Hat's recent annual "The State of Enterprise Open Source" report, which details how and why open source solutions are making their way into enterprises with such remarkable momentum.

And given the abundance of powerful, enterprise-ready open source solutions available today, the question is no longer whether your enterprise should adopt open technologies. Rather, the question is: “when and how?”

In terms of its application, open source software has historically been used in IT infrastructure modernisation to update proprietary operating systems, application servers, and virtualisation software, as well as for internet and web standards.

However, this latest survey indicates that the paradigm is shifting, with the widespread use of open source software in many aspects of modern application development, including, but not limited to, cloud management, security, analytics and storage, as well as business-level organisational initiatives such as digital transformation.

There are numerous factors driving this growth, with the report identifying innovation, security and access to better quality software as key attributes of open source's value proposition, which seems to resonate increasingly with enterprise IT decision makers.

However, despite the prevalence of enterprise open source, residual concerns still exist, such as the level of support available and comparability (both 35%), and the security of code (cited by 37 per cent as a barrier to using open source).

While some of the fear around security likely stems from general concerns amid the rising prevalence and regularity of hacks and data breaches, this concern may also reflect how unmanaged open source code—found across the web or brought in through dependencies—can introduce vulnerabilities in both open source and proprietary solutions. However, using trusted sources for enterprise open source software, with automated tools to quickly uncover and remediate security problems, can significantly reduce the potential for security issues.

Despite these concerns, open source adoption and use are on the rise. Most organisations surveyed (68%) have increased their use of enterprise open source in the past 12 months and 59 per cent plan to do so in the coming year. Equally noteworthy is the small percentage of organisations that have decreased (3%) or plan to decrease (2%) their use.

And based on the report, the rationale behind this increased application of open source technology in the enterprise is clear – modern organisations want to invest in innovation to modernise IT infrastructure and applications, manage hybrid or multi-cloud environments, apply open source, or for automation and configuration, cloud management tools, app servers, and databases.

As their familiarity with open source software continues to grow, more enterprises are realising its many benefits, particularly as enterprises embrace new and emerging technologies such as containers and cloud solutions.

Beyond these functional benefits, the growth of enterprise open source is closely connected to innovation as these solutions provide the platforms and tools needed to remove the constraints that can stifle innovation within the enterprise.

Accordingly, we expect growth in enterprise open source adoption to continue, while proprietary software use will decrease to the point where its use is expected to be at near parity with open source within two years.

Dion Harvey is responsible for carrying the full revenue target for new sales and renewal stream revenue. He also assumes responsibility for execution of the total sales strategy, as well as channel and marketing tactics.
With over 20 years’ worth of experience in the IT software industry, Dion can be described as a highly motivated and engaged sales leadership professional with a successful and proven track record of managing sales organisations in a high pressure Technology Solution Sales environment.
He has made a difference and proven his capability for companies like HRK Solutions, IBM Software Group and SAS Institute selling enterprise class solutions to Africa’s top enterprise customers.
A highlight of his three year tenure at the SAS Institute was successfully turning around sales by rebuilding an effective sales organisation, out of what was then a stagnated environment. In 2013, his first full year, he was able to almost double new sales, achieving the best ever year in SAS Southern Africa, including the largest deal ever closed in South Africa at Absa, which he lead.
His career reflects someone who has quickly climbed the ranks in similar positions during his four-year tenure at HRK Solutions and 16 years at IBM Software and Retail Group.Dion applies his experience and knowledge to help Red Hat increase its footprint across Southern Africa. He plays a major role in Red Hat's success in the region, especially with cloud, middleware, and mobile.