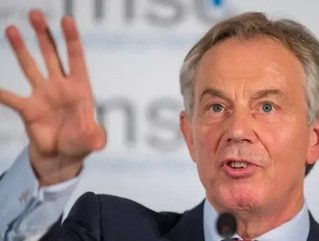 PetroSaudi once hired the services of former British Prime Minister Tony Blair for $65,000 a month and a two percent commission on subsequent deals brokered.

Dating back to 2010, the UK news service Mail Online reported the contract involved Blair introducing the company to his series of contacts in China, including high-ranking politicians in the ruling Communist Party.

The contract stated that ‘introductions to the senior political leadership, industrial policymakers, corporate entities and other persons in China identified and deemed by us and you to be relevant to PetroSaudi’s international strategy’, would be made.

The oil firm was founded by Saudi businessman Tarek Obaid and Prince Turki bin Abdullah Al Saud, a son of King Abdullah, and has projects in Ghana, Indonesia, Venezuela and Tunisia.

This had led to criticism of the Blair, in office in the UK from 1997 to 2007, about his motives and role as an envoy in the Middle East. He denies any wrongdoings or that there was a conflict of interest.

Working under Tony Blair Associates (TBA), the politician and public speaking expert has previously helped Kazakhstan’s president Nursultan Nazarbayev manage his image shortly after 14 unarmed civilians had been killed, an episode drawing strong condemnation by the Mail and other UK news outlets.

The Mail reports that since leaving Downing Street in 2007, Blair has amassed a fortune including a property portfolio of 31 homes worth at least £25million. His public speaking can earn up to £150,000 per speech, with clients including JP Morgan and Zurich International.