The six women shaking up the Middle East business world 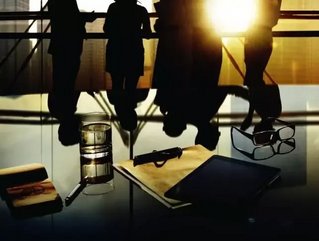 The region’s most influential businesswomen share with CNN’s The Silk Road their tips on getting to the top.

Brought into the family business by her father, Dr Raja Easa al Gurg has made her own name as vocal supporter of Arab female entrepreneurs. She is the President of the Dubai Business Women Council and the Chairwoman of Al Jalila Foundation, a not-for-profit focused on medical research. She is also the Managing Director of the Easa Saleh al Gurg group, a 55 year-old conglomerate of 26 companies that provides regional management for 370 international brands.

She says: "Obstacles are always a stepping stone to success. For me, surmounting an obstacle is a test of character. You will be surprised to realise how far you can go from the point you thought was the end.

"Those who want to be leaders of tomorrow must persevere. The higher you aim, the greater the risks. But the tactic is never to compromise on your goal - upgrade your ambitions instead."

Educated at the Kuwait University and Harvard Business School among others, Shaikha Al-Bahar has spent 30 years working her way to the top of Kuwait's banking sector. She started at NBK as a trainee -- in 2010 she was appointed its national CEO. Last year she became Deputy Group CEO of the whole organisation, which manages assets of more than $74 billion and is the Gulf region's oldest bank.

She says: "Dedication and professionalism, passion, hard working 24/7 and innovation are key in climbing the ladder to the top.

"Define an objective and find a mentor, learn as much as you can. Women make excellent managers. They are natural leaders, great at people management, problem solving and decision making.

"Adopt high standards, cultivate a professional mind set and don't be afraid to be viewed as decisive."

Maha al Ghunaim studied Mathematics at San Francisco State University before climbing the ladder at the government-owned Kuwait Investment Company. In 1998 she co-founded her own company, Global Investment House, which became the first Kuwaiti company to list on the London Stock Exchange. After a significant hit during the 2008 crash, Al Ghunaim successfully restructured the company, which now manages assets of over $4 billion.

She says: "A lot of women feel the subject of money is heavy and they're not passionate about it, same with maths and science. We need to remove that phobia about women getting involved with numbers, which comes from education.

"Women who think they can't get into business are either not seeing the truth about their own capabilities, or they're approaching the subject from the wrong angle. You need to make sure you're always ahead of the game.

"You work harder, you give your opinion, you prove your point and you continue to perform. You can't expect positions to be handed over in any environment."

Mona Almoayyed was born into one of Bahrain's most successful family businesses -- in the 1940s her father founded Y K Almoayyed & Sons Group, a conglomerate with interests from cars to construction. Working to prove herself, Almoayyed became the first Bahraini woman elected to the board of a public company, Maritime and Mercantile International, and in 2001 was chosen ahead of her brothers as MD of the family firm. She oversees 1000 national staff and over 100 international brands.

She says: "When I joined my family business, I was given clerical work -- unlike my brothers. I had to work harder than them to make my father recognize my work.

"When you are a woman, nothing comes easy in business. Women have bigger responsibilities at home yet they have to compete with men at work. At times women have to work double as hard to reach where men reach easily.

"My advice to women is to not give up and to continue working hard until their boss recognizes them. We have to fight for equal rights to men. We will not be given our rights on a silver plate."

Graduating from Tufts University in Economics, Henadi al Saleh was Head of Debt and Equity markets at NBK Capital before joining the logistics giant Agility as Head of Investor Relations in 2007. Last year she became Chair of the company's board, overseeing an annual revenue of $4.8 billion from distribution, warehousing and transport for the pharma, retail and energy industries.

She says: "The journey for me was a winding road with lots of bumps and obstacles. You need to stay focused and be humble when you are successful and learn from your failures.

"The most important thing I learned is to make sure you surround yourself with the right people. You don't get to where you are by yourself -- it's always a result of the team around you in both your personal and professional life.

"There are no limits but the limits you set for yourself. Take the step and don't shy away."

A model for self-made success, Ghada Gebara grew up in a village to the north of Beirut during the Lebanese civil war. At 18 she borrowed $1000 from her mother to travel to France, where she talked herself into a technician's course at the University du Havre. A place at France Telecom's engineering school began a stellar career rolling out mobile networks in emerging markets -- first Lebanon, then Iraq, Haiti, the French West Indies and Honduras. In June 2015, she became CEO of Djezzy, Algeria's largest mobile operator.

She says: "In Arab countries, I think people misread the culture - there's perhaps an over respect of girls. I was able to push my technicians in a way that no man could, because he'd have been beaten down.

"Without education, man or woman, you can't get anywhere. Everything else can go away: money, wealth - even your country. When you have an education, you can take it wherever you go and use it to build yourself up again.

"Stop thinking you're a man or woman. Be yourself, know what you want from life and go get it."

These interviews appear as part of CNN’s series The Silk Road: Past, Present, Future.