Sub-Saharan Africa's growth slows - A look at Nigeria and Kenya 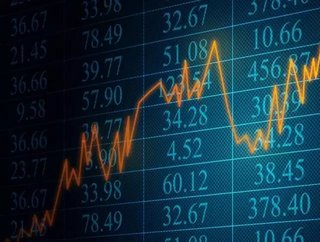 A report by Renaissance Capital

We expect the (investment-driven) acceleration in Kenya’s growth to be deferred, partly due to tighter monetary policy. Although growth quickened in 1Q15 to 4.9 percent YoY, from 4.7 percent YoY a year earlier, it was softer than the previous quarter’s growth of 5.5 percent YoY. Over the past two months, we have seen the central bank hike the policy rate by more than the market expected – 300bpts to 11.5 percent –to defend the weakening shilling. We expect further hikes in 2H15 from a more proactive central bank – and as such we increase our YE15 rate view to 13.0 percent, from 11.0percent initially – to contain the vulnerable shilling.

But it will slow credit growth from 19.6 percent YoY in March, which is negative for consumption and private sector-led construction activity. We expect insecurity to continue to dog tourism, which means the hotel and restaurant sector’s decline may persist. We also see exports underperformance continuing, partly due to a lack of competitiveness that is undermining manufactured exports. Given these headwinds and softer-than-expected 1Q15 growth, we lower our 2015 growth forecast for Kenya to 5.2 percent, from 6.0 percent.

RELATED:
Held to ransom: Nigeria's convoluted oil economy
Could manufacturing unlock growth for South Africa's economy?
What has been the effect of dollarization on the Zimbabwean economy so far?

Nigeria: Mounting headwinds on the supply side

The downside risks to Nigeria’s growth outlook continue to mount. On the supply-side this includes fuel shortages. These are expected to recur in the near term, partly because fuel marketers will not supply petrol until they have been paid the $1.5 billion arrears that they believe is due to them. Fuel scarcity has the potential to bring the economy to a halt, as transportation stalls, generators fail to produce power, which hinders the operations of banks, telcos and industry.

On the demand-side, Nigeria’s headwinds include unpaid salaries, a fall in government spending and the de facto import ban. Unpaid salaries to government workers (who make up about one-third of the 11 million formal workforce) were estimated to be $2 billion in 2Q15, by the transition committee. As the government is the formal sector’s biggest employer, this has material implications for consumption. The de facto ban on 41 items, including poultry, rice and building materials, is negative for consumption and makes it harder to invest, which is negative for growth. The prices of these items are likely to rise in the short term, on the back of this policy. We see inflation at roughly 13 percent at YE15, from 9.0 percent YoY in May. The halving of the oil price implies government spending is a fraction of what it was a year ago, which is negative for growth. We think our 3.4 percent growth forecast for 2015 (which we lowered from 4.5 percent in our 14 April note) accounts for some of these risks and allows for a further slowdown from 4.0 percent YoY in 1Q15 during the course of the year.